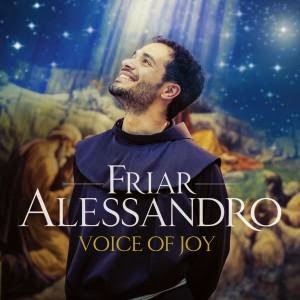 I would like to share this magnificent piece of sacred music which you can give your loved ones as a gift this Holiday Season. I invite you to watch Friar Alessandro as he sings Adeste Fideles.

The Franciscan Friar is a sanctuary guide in Assisi, Italy where he was born. His hope as the first Franciscan Friar to be signed to a major record label is that his voice will have the ability to foster a stronger Catholic presence in contemporary art & music.

His enthusiasm for music since childhood influenced him to study organ, musical composition, and operatic singing at institutions and conservatories throughout Italy. However, his success in music felt incomplete in the absence of a driven religious life. So at the age of twenty-one, he entered as a postulant in the Order of the Friars Minor of Umbria and would take his final vows some ten years later. It was in fact the desire to join the Order which pushed him to complete his qualification at the musical conservatory as it was considered a touchstone for the seriousness of his commitment. At present he lives at the Porziuncola Friary in Santa Maria degli Angeli, Assisi, where he welcomes pilgrims to the Basilica.

Stay up to date by checking out his Facebook.

For everything else, you can visit his website at FriarAlessandro.com

Posted by Courage Philippines at 2:00 AM