Why I Chose Love: Journey of a Catholic with Same Sex Attraction 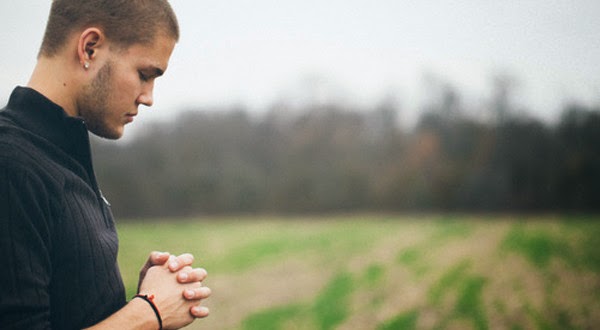 This is the personal reflection of Jake Stanwood (not his real name) about his journey with SSA as a Catholic. I love the way he narrated his story - realistic yet full of hope. This is also in response to those people who think they're left with no choice but to "act out" their desires. I truly believe that this is the path that leads to true happiness - the path of true love.


“We love you no matter what sexual orientation you choose to live out.” These are the words of a father to me, his 15 year old son, 10 years ago. Um… Awkward? Up until that point my dad had never talked to me about sex, and the topic was never mentioned again. I remember every little detail about the conversation: The sweaty palms, cold freezing office space, and the awkwardness created by the long wooden desk separating us from talking like normal people. How did I respond? I said nothing. Absolutely nothing. I stared at him with a blank face and ran back into my room crying and thinking about how the heck I ever got into this mess.

“Great….even my parents think I’m gay” “That person at school thinks I’m gay too, maybe it’s because of the way I talk.” “Wait…maybe I should change the way I talk? That will make me look manlier.” “Crap, that person is totally staring at me and thinks I’m gay.” These are just a few of the crazy thoughts that constantly ruminated in my head. Talk about feeling paranoid. It always felt as if I was split in between two worlds. One side was telling me, “Just come out of the closet, hook up with someone, embrace the fact you’re gay!” The other side, (far less appealing) said, “If anyone ever finds out, you’re dead!! Don’t ever talk about this to anyone.”

Is this easy? NO.

The sexual temptations have always been there for me, and I suppose will always be. I am not afraid to admit that until the day I die I will probably always be attracted to men. However, I don’t think this aspect of my cross has been the greatest struggle. The greatest struggle has been my interior life. Experiencing same sex attraction (SSA) and being Catholic is hard (well, being Catholic is hard). It is a unique/heavy cross to carry, and a very painful one. It comes with its share of anxiety, heartache, tears, and boogers. Us folks, who have SSA, we struggle with a lot. Among those things are body image, father wounds, bouts of depression, feeling less masculine, and a lot of us aren’t good at sports (which makes it harder for us to bond with other men). Growing up I always felt different and uncomfortable around other men, as if I was unworthy to even be called a man. However, I think it’s especially difficult to carry out this chaste lifestyle in the midst of today’s hyper sexual culture.

The culture today has become increasingly pro-gay. Just take a look at shows like Glee, Modern Family, or anything Lady Gaga… this stuff didn’t build up overnight. While this DOMA thing was taking place my Facebook newsfeed exploded with red equal sings. The younger generation has become largely accepting of the gay community. I’m glad that people are starting to become less homophobic and are speaking against gay bullying. However, this doesn’t mean that I’m for gay marriage or I think people should pursue same sex relationships.

It just doesn’t fit human sexuality or natural law. Just because I have an inclination to do something doesn’t mean that I should follow it. When we pursue sexuality outside of the way God designed for it to be we can find ourselves in messy situations. Hence the high promiscuity, infidelity, and STD rates associated with the gay community. But of course the media will never portray it this way, living a gay lifestyle is portrayed as glamorous and fulfilling. I am not saying that every gay person is living a promiscuous life and is carrying an STD on them. I have many friends who identify as gay who are hard workers and are doing awesome things with their lives. However, I will not deny that amongst the “gay scene” multiple partners and infidelity rates are pretty high. Homosexuality has to be identified more with behavior, than with identity. That’s how the gay movement has progressed so much they’ve turned it into its own culture. The minute we reduce ourselves to our sexual orientation, we lose sight of who we really are.

I’ve chosen to never engage in a sexual relationship with another guy and remain celibate, despite the fact there are times I feel the ache of this desire. This may seem like a total fail in the eyes of the world, but am I really missing out on much? Chastity gives me so much more. It gives me the ability to live out healthy and loving relationships with both men and women. It is giving me the opportunity to bring healing to areas of my masculinity that have been gravely wounded. It respects me for who I am, allows me to appreciate beauty, and recognize the dignity in every person. This has involved a lot of wrestling with God. Many people think wresting with God is a bad thing. FALSE. You can only wrestle with someone who is close to you, so in a way wrestling with these attractions has drawn me closer to God. It is a cross, but with every cross the Lord is always right beside us.

Yes, I realize that I will not always get what I want. I can’t tell you about the hundreds of days I felt I just wanted someone to hold and be intimate with. Sometimes I look at happy couples and wonder if I am missing out! But, I understand that fulfillment goes much deeper than wanting someone around. I find fulfillment by being in relationship with the God who created me to be fulfilled by Him, and in community.

The truth is, I love being Catholic.

The Church loves me. It desires what is best for me, and sometimes this kind of love hurts, because it doesn’t always feel good. However in the long run it guides me to a much more fulfilling life and a more adventurous one. No, the Church is NOT a bigoted institution that hates gays. Quite the opposite. I have never met as many loving and understanding people as I have in the Catholic Church. I am incredibly fortunate! I have many friends in the Church that know about my struggle and are there to support and encourage me along the way. I have a choir of saints and angels who are constantly interceding for me, a mother in heaven that deeply loves me, and a God who bears his very self in the Eucharist each and everyday. If you ask me… I’ve hit the jackpot.

Jake Stanwood (pseudonym) is a writer and speaker who has shared the message of chastity with thousands of people. He graduated from college in 2012 and since then has devoted himself to serving the Church through mission work. This blog originally appeared on “Think Catholic”.

Posted by Courage Philippines at 10:56 PM