The Titles and Glories of St. Joseph 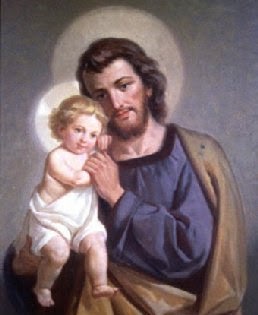 As we celebrate today the holy feast day of St. Joseph, let us contemplate on the many titles and honors that have been bestowed upon him and may all of us be the more inspired to turn to him in our needs and imitate his excellent virtues. This excerpt was taken from the book Saint Joseph As Seen by Mystics and Historians.


Sacred Scripture is the principal foundation for devotion to Saint Joseph under the various patronages the Church has accorded to him. The slowness of the development of his devotion throughout history is traceable to the predominance of the non-scriptural, false images of him presented by the apocryphal writings. Joseph serves today as a patron and model for all people in general, and for many individual groups in particular. This chapter ends by listing some of the lights in which he may be seen, as grounded directly in Scripture, or as extrapolated from the Scriptural data and suggested for contemporary society.

1) Model disciple, dedicating his whole life to the interests of Jesus. - Joseph is an example of faith, righteousness, trust in God's providence, and prompt obedience to God's call.

2) Patron of the Church. - This title results from a combination of various elements: a) Paul's theology of the Church as an extension of Christ, the mystical body; b) an extension of John's and Luke's type of theology by which Mary, the Mother of Jesus, also in some sense becomes Mother of the Church; c) the Apostles' Creed's doctrine of the "communion of the saints," understood to mean that the deceased and saved continue to pray for their fellow Christians on earth.

3) Patron of Husbands and of the Engaged. - Joseph exhibits the deepest love for his Fiancee and Wife, and the highest respect for women. He in no way seeks to use Mary, but rather to give himself to Her in accord with his God-given vocation. His call to live a virginal relationship with Her does not deter him from immediately and wholeheartedly taking Her as his Wife.

He is an example of true spousal love. For fiances, he is an example of sexual respect during engagement. For the married, who for a good reason must postpone another pregnancy, he is a model of the loving abstinence they must exercise during the fertile times, in order to practice natural family planning, rather than have recourse to artificial contraceptives, which may be easier but which are not in harmony with their commitment in Christ.

His virginal relationship to Mary, however, does not indicate a lack of openness to offspring; Joseph is a model of acceptance of children in marriage, in his quick response to do so when so told by the angel. Mary and Joseph have a unique vocation to virginal marriage, because their love is already blessed with the greatest of offspring, the Son of God, with which no number of other children could ever compare.

4) Patron of Fathers. - Joseph models total self-sacrificing concern to provide for, protect, raise, educate, and be an example to the Child entrusted to him. He shows that authentic fatherhood consists in much more than physical generation. He constantly recognizes the subordination of his role to the primordial Fatherhood of God, always cooperating and never interfering with His designs.

5) Patron of Family Life. - With Jesus and Mary, Joseph is a model of unity, love, and shared faith, showing the priority of family life over one's individual interests, and also the necessity of family life as a basis for learning to form community as Church.

6) Protector of the Unborn and of Pregnant Mothers. - After Mary, no one appreciates life in the womb more than St. Joseph. In faith, he recognized the Baby in Mary's womb as the Incarnate God, and was willing to make any sacrifice to care for that Life, and for the Mother called to bear It. In our age of rampant abortion, Joseph calls us as a society and as individuals to recognize the divine source of life and to always respect and defend it.

7) Model of Workers. - Joseph the Carpenter, who teaches his profession to Jesus, shows the dignity of work, which is measured not by earning power or prestige, but by the love and motivation with which it is done daily.

8) Patron of the Marginalized, Emigrants, Refugees, and Those Discriminated Against. - The father of Jesus experienced all these hardships in the persecution by Herod, and in the attitude of the ruling Judean authorities towards people from Galilee. He shows that one's dignity does not consist in social, political, or economic standing, but in one's inner integrity in being true to one's own calling. God favors and protects the lowly.

9) Model of Humility, the Hidden Life, and the Sanctification of the Ordinary. - Joseph's great sanctity is accompanied by no great words or deeds. The details of his life remain lost to history. Jesus' first 30 years belong to the "hidden life" at Nazareth. Joseph teaches us that holiness need not catch the world's attention. It consists, rather, in being lovingly faithful to the ordinary: family, work, religious observance, the indications of circumstances, and God's revelation.

10) Model of Contemplative Union with Christ. - Besides Joseph's total availability to God's will, his daily life is dedicated to union with Christ. He is known as the "saint of silence," because no word of his has been preserved (except the name "Jesus," which he gave the Child). He is thus a model of the interior life and contemplative prayer.

11) Patron of Apostles. - Joseph's role, in large part, is to prepare Jesus for His life and ministry. All involved in apostolic ministry may learn from him those attitudes and virtues needed to bring Christ to others.

12) Patron of a Happy Death. - Total lack of mention of Joseph during Jesus' public ministry, even when Mary is present, leads to the assumption that he had already died. His acceptance of this death would be consistent with his quiet fulfillment of his role, followed by a gentle fading from the scene so as not to interfere with Jesus' proclamation of His Divine Sonship. His death in the arms of Jesus and Mary is the envy of every true Christian believer.

Joseph's role in the Scriptures will always be important for the life to the Church, because with him we celebrate our earliest origins as a Christian community. His union with Mary and Christ in the Mystery of the Incarnation means that he can never be far from us, Christ's Body.

What contrasts are found in Joseph! He is the patron of celibates and those who are fathers of families; he is likewise the patron of the laity and of contemplatives, and patron of priests as well as businessmen. Over the centuries, Joseph has shown himself to be an advocate of the world's needy.

To the thousands of men deprived of a healthy relationship with their fathers: Go to St. Joseph! To those seeking to overcome a negative father image: seek not further than St. Joseph for a potent cure. To the millions of children in fatherless families: Go to St. Joseph! You will find an earthly father who, like the Heavenly Father, is a father of the fatherless. The Heavenly Father has provided a link to Himself through the fatherhood of St. Joseph over the whole Family of God.