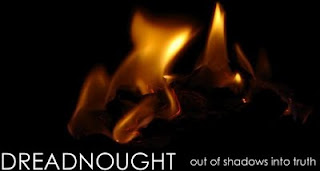 This is an old NCRegister article on John Heard forwarded to me by Fr. Dan. I find his practical no-nonsense style of blogging interesting. John mostly blogs about SSA in the light of the Catholic Church's teaching on human sexuality. What is most interesting about this prolific blogger and speaker is how he came to reconcile the "irreconcilable" - namely his personal struggle with SSA with that of the Church's teachings - as you can read in this brief interview below.


Q: Tell me about your background.

John: My family is Catholic, and we are Polish-Catholic on my mother’s side. For many years, the Polish Pope and my Polish grandfather were interchangeable in my imagination. They looked similar, they sounded the same, and they both provided a solid, faithful witness. From my earliest memory, then, my experience of Catholicism was bound up with questions of justice, and the great political and philosophical struggles of the age were filtered through a religious lens.

That is how I learned to love the Church: It was the one thing that made my serious family members grow silent. I observed their reverence. Like most of my male relatives, I was an altar boy, and the beauty of a carefully planned and properly served liturgy seduced me. I served until I grew out of the cassocks.

When I arrived at college and law school in 2000, a residential college entrusted to the care of the Jesuits, my untutored faith was challenged, stretched, formed, purified and finally fortified. I was exposed to some of the great minds of the Christian tradition: St. Augustine, St. Thomas Aquinas and John Henry Newman, alongside John Paul the Great and Cardinal Ratzinger. It was a shock to me to discover that not only had so many eloquent, brilliant Christians been there before me, but their ideas and teachings were more than a match for the ideas and movements offered by secular modernity. The sensual boy’s faith was therefore tempered by the intellectual rigor of the saints and other great figures of the Christian past, and I joyfully became an adult Catholic.


Q: What was your earliest experience discovering that you were a same-sex attracted person, and how did that affect your faith or your perspective on God?

John: At roughly the same time, during college, I started to interrogate my actions. I had lost my virginity to a girl during the first week of term, and I had had covert, casual sex encounters with males and females. On the surface, I was the guy who arranged Masses in the chapel, and I enjoyed defending the Church’s teachings in class and other settings. Behind the scenes, however, the conflict between my beliefs and my personal life was becoming unbearable. If I really believed the things I was defending, and I wanted to attend the holy sacrifice of the Mass with a pure heart and clean hands, something had to give. That something was my life of lies.

Like many young same-sex attracted men, however, I thought the proper response was to doubt the things I had always believed. I became something of a cafeteria Catholic, publicly defending those teachings that seemed relevant to me, but falling silent when the Church’s teachings on human sexuality came up. I subscribed to the homoactivist view of human sexuality and hoped the Church would “catch up.”


Q: How did you come to start the Dreadnought blog, and where did the name come from?

John: I started a blog because I felt the pull of Christ in the most unlikely places. In the middle of a dance floor or at some gay bar, he called out to me to follow him. When I looked in the mirror, I could not see the brave new man of the “sexual liberation”; I saw instead a pitiful creature, someone who was nothing like the “measure of all things” I was reading about in class. No matter how hard I tried to hide, I needed the love of God. I needed to be perfected in him. I kept coming to familiar lines in ancient prayers — “make us worthy of the promises of Christ” and “Blood of Christ, inebriate me” — and finding myself undone.

At first, I blogged disingenuously, and I tried to parse Vatican documents on homosexual acts and “gay marriage.” I looked for any solid way to apologize for the homoactivist lifestyle within the Catholic tradition, but, of course, I couldn’t find one. My public wrangling attracted a fairly substantial following, especially in the United States, and a cloud of intense onlookers — some undergoing a similar process of reconversion — gathered around my inbox. The “comments” boxes on the website were always full.

I encountered for the second time in my life, then, the conflict between my participation in homosexual acts and the Catholic teaching on human sexuality. One Dreadnoughter wrote to ask me what would happen if/when I fell in love with a man and I was forced to choose between the man and Christ. I wrote back joyfully that, as a Catholic, I must choose Christ, and that I was blessed to have the choice. This time, I meant what I said.

I then restarted the Dreadnought website in submission to this remarkable idea: I would not question the Church; I would serve her. I would not second-guess the Pope; I would defend him. I would not always come with a posture of distrust; I would love the faith — and obey. This new style of writing attracted another sort of attention. I was asked to write for the national media in Australia, and I started to appear on television, radio and in public.

I named the website Dreadnought for two reasons. First, the Dreadnought-class battleship was exponentially more powerful than anything that had gone before it. By massively upgrading particular aspects of traditional battleship design, the designers of the Dreadnought changed the world. I hoped the website, however humbly, might also work creatively within tradition and help to reveal the Catholic teaching on human sexuality in all its beauty.

Second, Winston Churchill was a key player in the planning and rollout of Britain’s Dreadnought-class battleships. I identified with Churchill’s struggles against a popular sentiment very much against what he held to be basic, true and pressing (in his case, about military planning; in mine, about the Catholic teaching on human sexuality).


Q: What was your intention for the Dreadnoughters Facebook Group?

John: Over time, the “comments” boxes (on the blog) had become unwieldy; there were sometimes hundreds of intense replies, so I shut down the comments. But my readers continued to ask for a place where they could gather together with me to explore Church teaching on human sexuality.

Time and again, men wrote to me of the loneliness they felt they would experience if they took the Church’s teachings seriously. I began to understand that this was not an intellectual objection to the teaching itself, rather a deeply personal expression of shame, fear and the sort of loneliness all human beings experience.

People need to learn from each other and stand by each other. Christians flourish together. Facebook provided the ideal site for a Dreadnoughters group, a place where Catholics, Christians and seekers after truth could gather together and discuss human sexuality and Catholic teaching.

By forming the group, I intended to provide an online, virtual home for the sometimes geographically disparate, always diverse collection of committed Catholic readers my writing attracts.

Through the base level of personal contact available on a social networking site, lonely and isolated same-sex attracted Catholics, otherwise angry lapsed Catholics or non-Catholics from all over the world can participate in the profound and enlightening experience of Christian fellowship: We are not alone. Now it also works as a discussion forum where we can interact with seekers from other traditions, especially otherwise hostile groups and people (atheists, homoactivists, liberal Protestants).
Posted by Courage Philippines at 12:20 AM