Wise As Serpents, Innocent As Doves: A Guide to Catholic Voters 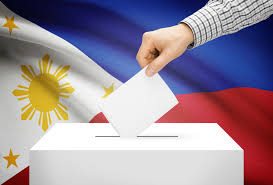 Just a few weeks to go before the May 9 national and local elections, the election fever is switching to a high gear with all the bashing and political mudslinging going around. I am reposting here a set of guidelines issued by CBCP to help us Catholic voters to discern and choose our future leaders wisely. At the same time let us also pray for an orderly and peaceful elections in the coming polls.


As the rhetoric and the noise traditionally associated with Philippine politics and elections reach higher levels of intensity, we wish to offer some guidelines to our Catholic voters deriving from the moral teachings of the Church.

1. Reject claims by candidates that they are candidates of the CBCP, or of a diocese, or of a particular bishop. It has never been the practice of the Catholic Church to hold out a candidate to the faithful as the “chosen” candidate of the Church. Church doctrine has remained consistent: Partisanship is an arena into which the Church should not venture.

2. We your bishops commit to desist from any action or statement that may give the appearance of persuading the faithful to vote for a particular candidate. While bishops, as citizens of the Republic, have the right to make their own choices, our office in the Church as well as our stature, of which we are all unworthy, urge upon us that circumspection that should prevent misunderstanding and confusion among our flock

3. The desired qualities of leaders as well as the political options open to the people are proper subjects of the collective discernment of the members of our lay Catholic communities and associations, as long as these take place in the context of prayer, a careful reading of the Scriptures in the light of the Church’s teaching, a sense of fairness and concern for the common good.

4. The Catholic voter must evaluate candidates according to the model of Christ, who came to serve, not to be served. They must look for the realization of Gospel values in the lives, words and deeds of those desirous of public office, realizing that there are no perfect candidates. There is a crucial difference between one who has been wrong in the past and is willing to amend his ways, and one who exhibits stubbornness and obstinacy.

5. Surveys and polls show trends, and they are as limited as the methodology that is used to conduct them. The Catholic therefore cannot make his or her choice depend on who is topping or trailing in the polls and surveys. There is a vocation to authenticity: the Spirit-inspired courage and determination to make decisions for ourselves, setting ourselves free from “trends” and “herds”, to do what is right and to choose who is right!

6. A Catholic cannot support a candidate who vows to wipe out religion from public life. While we expect every public officer to give life to the constitutional posture of “benevolent neutrality” in respect to the attitude of the State towards religion, the Catholic voter cannot and should not lend his support to any candidate whose ideology binds him or her to make of the Philippines a secular state that has no tolerance for religion in its public life.

7. Similarly, a Catholic voter cannot, in good conscience, support a candidate whose legislative or executive programs include initiatives diametrically opposed to Church moral teachings on such vital issues as abortion, euthanasia, the return of the death penalty, divorce and the dilution of the character of Christian marriage.

8. A Catholic is not closed to the candidacy of a non-Catholic. In fact, there are worthy candidates from other Christian communities and other religions. Their qualifications and aspirations must be given serious heed by our Catholic voters, their truly helpful plans and visions must be supported.

9. A candidate who has thus far spent his time demolishing the reputation and tarnishing the good name of fellow candidates must be suspect. He may have nothing positive to offer, and he debases the level of political discourse by calling attention to the shortcomings of his rivals and competitors, rather than on the programs and projects he or she might have.

10. We warn against the use of government resources, the power of government offices and instrumentalities and subtler forms of coercion and intimidation to promote the chances of a particular candidate. It is God’s will to provide his people with shepherds after His merciful heart!

Finally, we appeal to COMELEC to insure that all the security measures mandated by the Automated Election Law be implemented diligently. The credibility of the elections and the stability of our democracy is at risk if the security and sanctity of the every ballot is compromised.


As Christians we will align ourselves not with powers like Herod who trembled at the news that the King had been born. We shall, like the wise men, choose a different route, guided by intimations of the Gospel, and so do our part, in response to God’s initiative, to make all things new!

From the Catholic Bishops’ Conference of the Philippines, December 30, 2015


"See, I am sending you out like sheep into the midst of wolves; so be wise as serpents and innocent as doves." (Matthew 10:16)

Posted by Courage Philippines at 9:47 PM