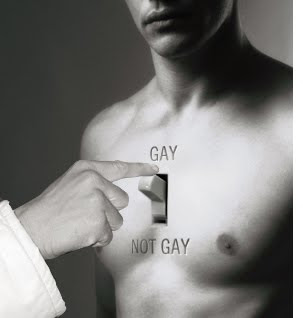 This is an excerpt from the book The Battle for Normality: A Guide for Self-Therapy for Homosexuality by Dr. Gerard J.M. van den Aardweg (pp. 21-24).

Not Normal
It is obvious that the vast majority of people still think homosexuality - being sexually attracted to members of one's own sex, along with an at least substantial reduction of heterosexual interests - is abnormal. I use the word "still", for this is a fact in spite of a prolonged bombardment of normality propaganda by the ignorant and slavishly trendy social and political ideologists who rule the media, politics, and a great part of the academic world. If the social elite of this time have lost their common sense, not so the great mass of people, who perhaps can be forced to accept social measures coming from the "equal rights" ideology of homosexuality emancipators, but not to change the simple observation that something must be wrong with people who, although physiologically men and women, do not feel attracted to the obviously natural objects of the propagation-directed sex instinct.

To the bewildered question of many on why it is possible that "educated people" could believe that homosexuality is normal, perhaps the best answer is George Orwell's saying that there are things "so foolish that only intellectuals could believe them". The phenomenon is not new: many a noted scientist began "believing" the "correct" racist ideology in the Germany of the thirties. For many the herd-instinct, a weakness of character, and an anxiety "to belong" make them sacrifice their independent judgment.

If someone is starving while his feelings fearfully reject the object of the hunger drive, food, we know the person suffers from a disturbance (anorexia nervosa). If someone cannot feel compassion at the sight of those suffering, or worse, even enjoys their suffering, yet becomes sentimental at the sight of an abandoned kitten, we recognize an emotional disturbance (psychopathy). And so on. However, if an adult lacks the capacity for erotic arousal by the opposite sex, while he obsessively chases same-sex partners, this failure of the sexual instinct is considered "healthy". Would then pedophilia likewise be normal (as pedophilia advocates already say)? Exhibitionism? Gerontophilia (being attracted to elderly people in the absence of normal heterosexuality)? Fetishism (a woman's shoe causes sexual excitement, the body of the woman indifference)? Voyeurism? I will skip over other, more bizarre and, fortunately, more rare deviations.

Militant homosexuals try to force on the public the idea that they are normal by playing the role of victim of discrimination, thus appealing to the sentiments of compassion and justice and to the instinct of protection of the weak, instead of convincing by way of argument and rational proof. This in itself shows that they are aware of the logical weakness of their position. Their vehement emotionality is an attempt to overcompensate for their want of rational grounds. With people of this mind-set, matter-of-fact discussion is nearly impossible, for they refuse to consider any view that does not fully endorse their normality dogma. But do they, deep down, really believe it themselves?

Such militants may succeed well in transferring their view of themselves as martyrs to others - their mothers, for instance. In a German town I met a group of parents of avowed homosexuals, who had united to fight for their sons' "rights". They were not less indignant and overemotional in their irrational argumentation than their sons themselves. Some mothers behaved as if their favorite baby's life was endangered if one merely contended that homosexuality is a neurotic condition.

The Role of Self-Labeling
This brings us to the psychologically dangerous decision to identify oneself as a different species of man: "I am a homosexual." As if the essence of that existence were different from that of heterosexuals. It may give a sense of relief after a period of struggle and worry, but at the same time it is defeatist. The self-identified homosexual takes on the role of the definitive outsider. It is, in fact, a tragic role. Quite different from a sober and realistic self-appraisal: I have these fantasies and feelings, still I resist taking on the role and identity of "homosexual".

That role brings certain rewards, to be sure. It makes one feel at home among fellow homosexuals. It temporarily takes away the tension of having to fight homosexual impulses, and yields the emotional gratifications of feeling unique and tragic - however unconscious that may be - and, of course, of having sexual adventures. Recalling her discovery of the lesbian subculture, an ex-lesbian writes about the "sense of belonging" it gave her: "As though I had come home. I had found my true peer group [recall the homosexual's childhood drama of feeling the outsider]. Looking back now, I see how needy we all were - a group of misfits who had finally found a niche in life" (Howard 1991, 117). The coin has another side, however. Real happiness, let alone inner peace, is never found that way. Restlessness will increase, as will the feeling of an inner void. Conscience will send out its disquieting and persistent signals. For it is a false "self" the unhappy person has identified with. The door to the homosexual "way of life" has opened. Initially, it is a seducing dream; in time it turns out to be a terrible illusion. "Being a homosexual" means leading an unreal life, ever farther away from one's real person.

"Self-labeling" is greatly stimulated by the propaganda that repeats that many people simply "are" homosexual. But homosexual interests are often, perhaps usually, not constant. There are highs and lows; periods when the person has more or less heterosexual feelings may alternate with fits of homosexuality. Certainly, many youngsters and young adults who did not cultivate the self-image of "being homosexual" have thereby prevented themselves from developing a full-fledged homosexual orientation. Self-labeling, on the other hand, reinforces the homosexual side, especially when it is only in its beginnings, and starves the heterosexual component. It is important to recognize that about half of homosexual men can be regarded as bisexuals and the proportion among women is even larger.
Posted by Courage Philippines at 1:07 AM