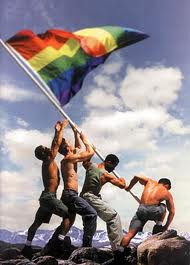 This is a primer to our SSA Conference that will be held this September 10, 2011, entitled 'It's Complicated - A Conference on Understanding Sex, Gender, Transexuality & Homosexuality. For more information, please refer to my post entitled It's Complicated or visit www.bagongpagasa.org.


The "politically correct" would have you accept three major myths on homosexuality:

The Truth: There is no scientific research indicating a biological or genetic cause for homosexuality. Biological factors may play a role in the predisposition to homosexuality. However, this is true of many other psychological conditions. Research suggests that social and psychosocial factors are strongly influential. Examples include problems in early family relationships, sexual seduction, and sense of inadequacy with same-sex peers, with resulting disturbance in gender identity. Society can also influence a sexually questioning youth when it encourages gay self-labeling.

Myth #2: Homosexuals cannot change, and if they try, they will suffer great emotional distress and become suicidal. Therefore, treatment to change homosexuality must be stopped.

The Truth: Psychotherapists around the world who treat homosexuals report that significant numbers of their clients have experienced substantial healing. Change has come through psychological therapy, spirituality, and ex-gay support groups. Whether leading married or committed celibate lives, many report that their homosexual feelings have diminished greatly, and do not trouble them as much as they had in the past. The keys to change are desire, persistence, and a willingness to investigate the conscious and unconscious conflicts from which the condition originated. Change comes slowly, usually over several years. Clients learn how to meet their needs for same-sex nurturance and affirmation without eroticizing the relationship. As they grow into their heterosexual potential, men and women typically experience a fuller and more expansive sense of themselves as male or female. If some homosexuals do not wish to change, that is their choice, yet it is profoundly sad that gay rights activists struggle against the right-to-treatment for other homosexuals who yearn for freedom from their attractions.

Myth #3: We must teach our children that homosexuality is as normal and healthy as heterosexuality. Teenagers should be encouraged to celebrate their same-sex attractions.

The Truth: Scientific research supports age-old cultural norms that homosexuality is not a healthy, natural alternative to heterosexuality. Research shows that gay teens are especially vulnerable to substance abuse and early high-risk sexual behavior. It does far more harm than good to tell a teenager that his attractions toward members of the same sex are normal and desirable. Teens in this position need understanding and counseling, not push in the direction of a potentially deadly lifestyle. A 1992 study in Pediatrics found that 25.9% of 12-year-olds are uncertain if they are gay or straight. The teen years are critical to the question of self-labeling, so the facts must be presented in our schools in a fair and balanced manner.

Posted by Courage Philippines at 12:26 AM