The Many Substitue Fathers I Had 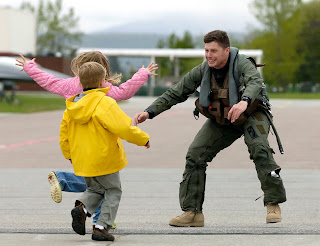 A personal sharing from Bro. A.


I have a new neighbor whose hand I wish to shake in congratulations. He’s a man of about 35 years, married, and with two young sons, about two and five years old. They have moved in a rented room in the house fronting my place – apparently a growing family. I wish to congratulate him because, each time he gets home from work, I can hear his young sons greeting him excitedly, “Daddy! Daddy!”

For that alone, I think he did his job well. I offer a prayer for him, that he’ll find a better life for his two beautiful sons (and beautiful wife).

He instantly earned a place in my thoughts because I don’t remember having the same fond relationship with my own father growing up. No matter how hard I searched my memory, I couldn’t find a single episode or even a single moment that I greeted him, “Daddy! Daddy!” All I can recall is how harsh a man he has been. That’s why I became ‘gay’ or had a homosexual problem, which I struggled to resolve these past few years (thankfully with much success after arduous self-reflective work).

I wish I had a father like my new neighbor. But since I didn’t have one, I just choose to be happy to see fathers here and there doing a great job. Whether they be young or old, I wish to shake these fathers’ hand each time, to give them heartfelt thanks. I also wish to throw a high five for each of their lucky little ones. I wish I could tell my story and the stories of about a hundred other people I know (and have read about) who have had troublesome fathers growing up and who have ended up with the same long-time struggle as mine.

I will be lying if I say I’m not envious each time. I no longer cry – for myself, that is – each time I witness such a father-and-son scene, but I still feel a twinge of envy or jealousy or else have a back-of-the-mind wish that I had a loving dad. Otherwise, I rejoice at such a blessed sight, keenly aware that not everyone is so ‘lucky.’

I routinely see this in church during mass – fathers cuddling their young sons, kissing them gently on the head, embracing them, gazing at them lovingly as if to say, “Behold, my son!,” wasting time with them making some enviable skin contact. How lucky these boys are, I thought.

I feel all is well with the world each time I see this. The kids will grow up loving right and loving life, which will mean a lot less delinquency, a lot less crime and terror in the world.

I worry each time it’s Father’s Day, for it exposes two things I lack. In church, I am always being mistaken for a father, and as a result, I sometimes long to be one and have a son of my own. Elsewhere, I pine to have a father I could greet Happy Father’s Day without being insincere, hurting, or feeling forced to.

This state of fatherlessness seems to be a condition I will have to live with the rest of my life. But if I review my life a bit more carefully, God, in His mysterious providence, turns out to have led me to several substitute fathers in ways I haven’t been aware of.

As a member of a Catholic community, I have been constantly under male mentors who have modeled for me what an upright Christian man should be. These relationships had some notable distance and boundaries, but these are better than zero. All these men, in their own flawed way, helped sustain me.

I also have had a lot of male friends through the years, who served as additional models of masculinity, but their example was limited to peer modeling, not fathering. But since I also have had peer rejection issues, this is certainly helpful.

Older male role models elsewhere in society – sportsmen, actors, politicians, etc. that I got attracted to along the way -- may also be replacement fathers should I choose to ‘idolize’ them in a personal way.

Since I go to Mass and confess regularly, the priests also serve as unwitting father figures to me. Of course, it helps that I also call them “Father.”

Lastly, I consider daily contact with God the Father through my prayer time to be the ultimate replacement for the lack. I tend to project and dump my father issues, however, on God the Father, especially when I’m down, but I know He’ll understand. After all, He’s the perfect dad to have. He’ll also know when I’m being abusive and in need of some major spanking.

This way, I am not much different from everybody else in the sense that we are all fatherless in our need to commune with God the Father no matter if we have had a kind earthly father growing up or not.
Posted by Courage Philippines at 12:57 AM