Love and Acceptance Healed Me 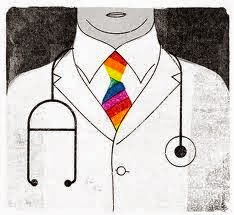 This is the inspiring testimonial of a fellow Courage brother, Dr. Ryan Capitulo, on his amazing healing journey.  He now actively serves in the Feast, a weekly prayer gathering of the Light of Jesus Community founded by Bro. Bo Sanchez.


I am an obstetrician gynecologist, and I was a practicing homosexual.

In 2004, I felt that God was calling me to have an intimate relationship with Him. I tried to look for a spiritual community that I could join, where I could be accepted as I was.

Then I saw a book of Bro. Bo Sanchez in National Book Store. In the book were the telephone numbers of the Light of Jesus Family. I dialed a number and learned that the Light of Jesus had a group for single men called Joshua and for single women called Esther. I asked if I could join Esther. There was a long silence at the other end of the line. I took it from there that I should join Joshua.

Joshua was a huge blessing. There, I was introduced to Ephesians 5:3: But among you there must not be even a hint of sexual immorality, or of any kind of impurity, or of greed, because these are improper for God's holy people.

Those words inspired me to abandon "improper" acts so that I may be what God purposed me to be: pure and holy.

I desired to be sober. Sobriety is the freedom from self-gratification.

I consulted a priest who, at the same time, is a clinical psychologist. He helped me go through psychoanalysis and therapy. I struggled to be sober. But after six months, I engaged in those improper acts again.

My efforts to change my ways all seemed futile. I was already losing hope until I heard about Courage Philippines - an apostolate of the Catholic Church that supports men and women who struggle with same-sex attraction (SSA).

In one of the Courage sessions, I shared my failures in attaining sobriety, and no one judged me. They accepted me and, through them, I felt God's acceptance, His love, mercy, forgiveness, and embrace.

After our meeting, I became sober for a week, 2 weeks, and many weeks. Today, I have been sober for 7 years, 7 months, and 14 days, and counting.

In my struggle with homosexuality, only the power of God's love - unconditional, unfailing, undying - has healed and saved me.


(Note:  Although Courage is an anonymous group, Doc Ryan has agreed to publish his real name.)

Posted by Courage Philippines at 9:38 PM