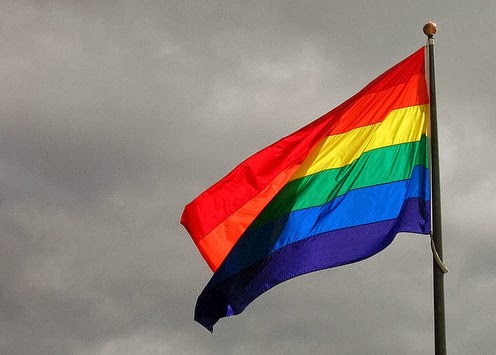 This is from a forwarded e-mail by Bishop B. Pabillo. This post simply presents the facts you ought to know about the hot button topic of homosexuality as there is certainly a lot of confusion out there. It's basically SSA in a nutshell. Credit also goes to Primacy of Reason blog.


1. Same-sex attraction is not the same as homosexual behavior.

1.1 Same-sex attraction (SSA) is usually not a choice, but a result of multiple factors.

1.2. Homosexual behavior - this is a choice, because 50% of people who performed homosexual actions before age 15 never did it again.

1.3. Homosexual self-identification - a choice of what to label oneself. (Source: Samesexattraction.org, FRC, Top Ten Myths )

2. Homosexuality is not genetic.

2.1 Researchers Bearman and Brückner of Columbia and Yale University found in 2002 that among male identical twins (who both have the same genetic code) only 6.7% are both gay, and only 5.3% among females. Compare this with 98% of identical twins who have the same eye color, showing that eye color is determined by genes, but not homosexuality.

3.1. Sadness and loneliness due to father and child relationship characterized by abandonment, hostility or disinterest.

3.2. Weak masculine identity and loneliness due to lack of male peer acceptance due to inability to play team sports.

3.5. Traumatized by important males (for females).

3.6. Failure to identify and have friendships with same-sex peers.

3.7 Separation from parent during critical time of development.

5.2. Health hazard. ‘Coupled’ homosexuals are more apt than ‘single’ gays to engage in highly risky, unsanitary sex, resulting in AIDS, hepatitis, etc. More than 50% of all new HIV infections occur in gay men and other men who have sex with men (MSM).

6.1. If a man lies with a male as with a woman, both of them have committed an abomination. ( Lev. 20:13) “Abomination” means an extremely disgusting and hateful thing. (Merriam-Webster)

6.2 God gave them up to dishonorable passions. Their women exchanged natural relations for unnatural… men committing shameless acts with men and receiving in their own persons the due penalty for their error. ( Romans 1:26-28)

7. Catholic Teaching: A disorder and a trial. Homosexual persons are accepted with compassion.

7.1 Homosexual acts are intrinsically disordered. They close the sexual act to the gift of life and do not proceed from a genuine affective and sexual complementarity.

7.2 This inclination constitutes a trial for most of those who have these tendencies. They must be accepted with respect, compassion, and sensitivity. Avoid any sign of unjust discrimination. These persons are called to fulfill God's will in their lives and, if they are Christians, to unite to the sacrifice of the Lord's Cross the difficulties they may encounter from their condition.

7.3. Homosexual persons are called to chastity. By the virtues of self-mastery that teach them inner freedom, at times by the support of disinterested friendship, by prayer and sacramental grace, they can and should gradually and resolutely approach Christian perfection. (CCC 2357-9)

8. Therapy: Resolving emotional pain through forgiveness and training in chastity

8.1. Healing of homosexual attractions and behavior: Key to recovery is admitting powerlessness, learning to forgive, and an intimate, loving friendship with Christ. “Only God's love is powerful enough to overcome the painful loneliness and sadness.” (http://www.catholiceducation.org/articles/homosexuality/ho0011.html)

8.2. People Can Change. Strategies, stories of change and resources: (http://www.peoplecanchange.com)

8.3 The Battle for Normality: A Guide for (Self-) Therapy for Homosexuality ( http://www.jonahweb.org/sections.php?secId=238)

Posted by Courage Philippines at 4:08 PM