The HIV/AIDS Situation in the Philippines 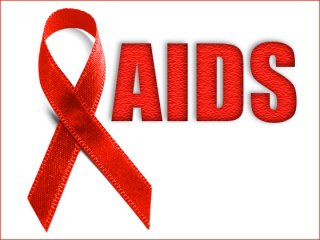 In the fight against HIV/AIDS, chastity (not condom) is the only thing that really works. The HIV/AIDS epidemic is not a case of having lack of information or awareness about it (plenty of that stuff online) or the lack of distribution of condoms (certainly not 100% safe). It is first and foremost a moral epidemic and that is why chastity is the best antidote against it. In this life, there are only two kinds of pain - the pain of discipline and the pain of regret so take your pick. The choice is really up to you.


How is HIV/AIDS relevant to the modern-day Filipino? Let us reflect on some statistics from the September 2015 report of the HIV/AIDS and ART Registry of the Philippines (HARP).


Important Things to Know about HIV/AIDS

• Most of the HIV cases recorded are due to sexual contact, but there are also cases due to sharing of needles (drug injection), and mother-to-child transmission.

• You may not know if you are infected with HIV just by relying on how you feel because it can show no symptoms. If you want to know if you have HIV, go to San Lazaro Hospital and other accredited centers for testing. However, it takes 3-6 months for HIV to get detected in the blood. So if you are still sexually active or involved in risky behaviors, even if you tested negative, you need to take the test again after 6 months.

• If someone we love discloses that he or she has HIV, this person needs our love and support all the more. Expressions of love, such as a hug, give them comfort. Let them know that you are there for them. Accompany them on their regular medical checkups, and when advised by the doctor, ensure that they are taking their medications properly.


The Church Response to HIV/AIDS

The Church has been caring for persons living with HIV (PLHIV) and leading the fight against AIDS. The Philippine Catholic HIV-AIDS Network (PhilCHAN) was organized in 2011 as an umbrella organization of all individuals and faith-based organizations, who for so many years have addressed the needs of PLHIV and fought against HIV/AIDS. Among these organizations are the Daughters of Charity [0933-6173558], Woodwater Center for Healing (Camillians) [Tel#: (02) 926-3147], and RCAM Ministry on Health Care [Tel#: (02) 727-5752].

• Chastity is the best weapon to combat HIV/AIDS.


"The problem of HIV/AIDS cannot be overcome with mere slogans. If the soul is lacking…if [Africans] do not help one another, the scourge cannot be resolved by distributing condoms; quite the contrary, we risk worsening the problem. The solution can only come through a twofold commitment: Firstly, the humanization of sexuality, in other words a spiritual and human renewal bringing a new way of behaving towards one another; and secondly, true friendship, above all with the suffering, a readiness - even through personal sacrifice - to stand by those who suffer" - Pope Benedict XVI

Posted by Courage Philippines at 10:14 PM