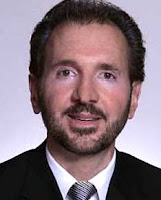 This news article from Zenit that came out last week deserves frontpage exposure in this blog. Joseph Nicolosi, an American clinical psychologist, founder and director of the Thomas Aquinas Psychological Clinic and a past president of National Association for Research and Therapy of Homosexuality (NARTH), speaks about the possibility of change from unwanted same-sex attraction (SSA). His statement is based upon his clinical studies and years of professional experience working and handling cases of men with SSA. He definitively debunks the "born gay, born that way" theory that many pro-gay activists obstinately embrace in order to advance their agenda. Towards the end of the article, Dr. Nicolosi has a "special message" to the clergy and the Courage ministry. Special thanks goes to our spiritual director, Fr. Dan, who forwarded this article to me.

ENCINO, California, JUNE 15, 2009 (Zenit.org).- A Catholic psychologist who specializes in reparative therapy with homosexuals says it's possible for those with same-sex attractions to change, despite agenda-driven ideologies that state the opposite.

Joseph Nicolosi, founder and director of the Thomas Aquinas Psychological Clinic in Encino, spoke with ZENIT about his experience as a clinical psychologist and the former president of the National Association for Research and Therapy of Homosexuality (NARTH).

NARTH, a "scientific, non-religious and non-political" organization, recently put out an article about the little known revision of the American Psychological Association's (APA) statement on homosexuality, which was highlighted last month in a WorldNetDaily article titled "Gay Gene Claim Suddenly Vanishes."

Nicolosi explained that NARTH has been actively working on a research project compiling scientific data to dispute the APA's claim on homosexuality, targeting three unscientific assumptions that form the basis of their policy.

The psychologist asserted that the "APA is not governed by scientists, but by political interests."

"There has been no new data to justify their policies," he added, "but they tend to give in to social and political pressure," and thus "NARTH has been putting pressure on them to scientifically back up their stance on the biological nature of homosexuality."

Now, Nicolosi reported, the APA has "diminished its position saying homosexuality is biologically determined." They have dropped the specific reference to a hypothetical "gay gene," he affirmed.

In other words, he said, they are beginning to recognize that homosexuality is also due to environmental factors, not just biological elements.

"In fact," he stated, "I and many of my colleagues at NARTH believe it is more environmental than biological."

Nicolosi noted that "the most important scientific information" gives "much more evidence for environmental causes of homosexuality than for biological."

The most essential point however, the psychologist affirmed, "is that change is possible, that men and women can come out of homosexuality."

"This idea of 'once gay, always gay' is a political position, not a scientific position," he added.

The therapist affirmed that he has seen this in his own private practice, and that it is also substantiated in a body of scientific research.

Nicolosi, also the author of "Healing Homosexuality: Case Stories of Reparative Therapy" and "A Parent's Guide to Preventing Homosexuality," asserted that many people have already adopted the erroneous assumptions put forth by the APA.

There is a need to assist and minister to men and women "who are looking for help to come out of homosexuality," he said, "because so many times they are just told 'Well, you're born this way,' pointing to the APA and saying 'because they said it.'"

He expressed the hope that as the APA recognizes the efficacy of therapy with homosexual persons, more psychologists will be encouraged to be involved in this type of treatment.

"Within our profession," the psychologist explained, "we trump politics with science." In other words, if we challenge the APA with scientific data, it "has to override any political or special interest forces."

The therapist emphasized the need for all people to share this message with homosexual persons that "you don't have to be gay."

If you know a homosexual person, he said, "encourage that person, educate him, give that person information, take the opportunity to let him know that choice is possible."

"They need to believe it," he added.

Nicolosi explained: "It is a very hard therapy. First of all, it is hard in itself because you have to dig deep into emotional issues. Homosexuality is not about sexual issues, but emotional. There are the emotional underpinnings that have to be addressed."

"Then not only are you having to deal with those emotional underpinnings that are challenging on an individual level, but you have the other battle of a culture that is saying to you, 'You're homophobic; you're naïve; you're not facing reality; you're just a guilt-ridden Christian, get with it.

"You're fighting a culture that is not supporting you, plus you have your own individual battle. So it's a two-front war."

"With the AIDS epidemic, this could be about life and death here," he asserted. "We're not talking about something insignificant."

The psychologist underlined the need to "inform and educate young people."

He explained: "So when a 15-year-old boy goes to a priest and says, 'Father I have these feelings, I have these temptations,' that priest should say, 'you have a choice; if you don't want to be gay there are things that you can do.'"

"The boy should not to be told, 'God made you this way,'" Nicolosi said.

"This is telling young people, look, if you go down this road, you are likely to have a higher level of depression, anxiety, failed relationships, sexual promiscuity, drug and alcohol abuse than people who live their lives heterosexually. You will get involved in more, to be polite, esoteric exotic sexual practices. It goes on and on and on.

"And that's just science, simply a comparison of two groups."

The therapist added, "This notion that you are going to fall in love with a man and live happily ever after is Hollywood. The reality is that it's a hard lifestyle."

Nicolosi, also a national speaker on the topic, urged the development of more Catholic programs, noting that other faiths have already been putting forth a "vital ministry helping people coming out of homosexuality."

"Our doctrine is clear," he said, "and even if we have a weaker ministry, our doctrine on homosexuality is more brilliant than anything the Protestant denominations can come up with."

The psychologist specifically referenced a 1986 document signed by Cardinal Joseph Ratzinger before he became Pope, addressed to the Catholic bishops "On the Pastoral Care of Homosexual Persons."

In the letter, the cardinal, at that time prefect of the Congregation for the Doctrine of the Faith, outlined the moral underpinnings and practical considerations of the pastoral care of "those whose suffering can only be intensified by error and lightened by truth."

In this light, Nicolosi underlined the importance of helping homosexual persons who want to change, because "if you are Christian, you have to believe that you are intended for the opposite sex" and that "sexual complementarity is part of the natural law."

This is something that "should be evident to everyone," as "our Christian anthropology," he stated, and yet "it is amazing" how many people are confused about this.

"They actually believe, or want to believe, either for personal reasons or political reasons, that God created two kinds of people: homosexuals and heterosexuals," Nicolosi noted.

"It is seeping into the consciousness without critical evaluation," he cautioned, the resignation that "God just made them that way."

The psychologist appealed to priests to not be intimidated to teach about homosexuality from the pulpit, noting that he has met many Catholics who are "discouraged that there is no resource for them."

"We have Courage as the only orthodox Catholic ministry, and it's underfunded, underrepresented, and essentially pushed to the side," he stated.

He reported that "Courage is only represented in 10% of the parishes in this country" and thus many "men and women who want to come out of homosexuality" are left without resources on a local level, making it "very tough for them."

Nicolosi suggested that if a priest is working with a homosexual person and is uncertain about how to help, to refer him to a reparative therapist, "who really knows about this particular kind of treatment."

"Not to just any generic psychotherapist," he added, "but to a therapist who has training in sexual re-orientation change."


Indeed there is much work to be done. The secular world is freely embracing homosexuality as an acceptable and "alternative" lifestyle of a modern society. We need spiritual leaders (priests and pastors) and youth leaders who are willing to devote their time and energy in this ministry. How about a Courage chapter in every major city in the country? Well, let's all pray and work for it to materialize.
Posted by Courage Philippines at 1:17 AM