Science Facts on the RH Bill 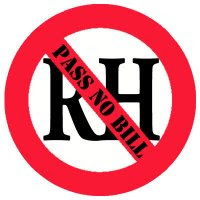 I hope a lot of people will get convinced of this article. The RH Bill is not a Catholic issue or a matter of economic policy. It is a moral issue that attacks the dignity of human life and threatens marriage and family life. It is not the solution to poverty. The Church has been accused time and again of being 'closed minded' and 'unyielding' on this issue. This time I challenge the RH Bill supporters to examine these scientific facts, be 'open minded', and refute the facts presented by the experts in an objective manner.

I invite everyone who wishes to know more about the pro-life cause to visit this blog.


Science Facts on the RH Bill

The world’s leading scientific experts resolve the issues on the Reproductive Health Bill, the forced distribution of birth control devices by all private employers and by the government using Filipino taxpayer’s money.

When does human life begin? At fertilization, when the sperm penetrates the egg. This was the “overwhelming agreement in countless scientific writings”, and of top experts (including scientists from Harvard Medical School and the Mayo Clinic) at an eight day hearing of the US Senate.1

Do birth control pills and the IUD kill the young human being? Yes, aside from preventing fertilization, the pill also works to kill a young human if ever a sperm gets to penetrate the egg, according to the scientific journal of the American Medical Association.2 The American Journal of Obstetrics and Gynecology of 2005 pronounced that the intrauterine device brings about the “destruction of the early embryo.”3

Is the pill safe? The International Agency for Research on Cancer in a 2007 study made by 21 scientists reported that the pill causes cancer, giving it the highest level of carcinogenicity, the same as cigarettes and asbestos.4 It also causes stroke,5 and significantly increases the risk of heart attacks.6 Several scientific journals have stated that the natural way of regulating births through the Billings Ovulation Method has no side-effects, and is 99.5 % effective.7

Condoms promote the spread of AIDS.

Will the use of condoms lower the rate of HIV/AIDS in a country? It will increase it, according to the “best studies”, concluded Harvard Director for AIDS Prevention, Edward C. Green. Availability of condoms makes people they take wilder sexual risks, thus worsening the spread of the disease. He showed that fidelity and abstinence are the best solutions to the AIDS epidemic. 8

The contraceptive lifestyle destroys the family.

The RH Bills are based on wrong economics.

Is there a correlation between population growth and economic development? “No clear association” is the answer of Simon Kuznets, Nobel Prize winner in the science of economics.10 Many later studies confirmed this, including a 2003 study of the RAND Corporation, a world leader in research associated with 30 Nobel Prize winners.11

Is population control one of the ingredients for high economic growth and poverty reduction? No, population control is not among the five solutions or ingredients found by the 2008 Commission on Growth and Development headed by Nobel prize winner Michael Spence. The growth factors are: good governance, openness to knowledge, stable finances, market allocation, investment and savings.12 Our country loses 400 billion pesos to corruption every year.13

Help dispel ignorance of these science facts. Beware of the wealthy and powerful pro-RH lobby. Make copies and pass on to many, including our leaders. TODAY!

4 "Combined Estrogen-Progestogen Contraceptives" IARC Monographs on the Evaluation of Carcinogenic Risks to Humans 91. 2007.

6 Baillargeon, McClish, Essah, and Nestler (2005). "Association between the Current Use of Low-Dose Oral Contraceptives and Cardiovascular Arterial Disease: A Meta-Analysis". Journal of Clinical Endocrinology & Metabolism (The Endocrine Society) 90 (7): 3863–3870.

13 Studies of the Asian Development Bank and World Bank
Posted by Courage Philippines at 12:13 AM