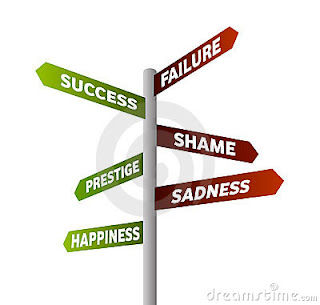 
I started the year with a lot of questions, and a lot of confusion about my direction in life – knowing that this year I would turn 35 years old, 5 years short of being a middle-aged man. Where was I at the beginning of the year?

I was still in the IT industry, still single and not looking for anyone, still struggling with same sex attractions, and still sinning the same sins. Was I going anywhere?

I had several opportunities to think about my life – had participated in Living Water’s 25-week program for sex addicts, came to an overnight retreat in Taytay Rizal also with my Living Waters family on grieving losses, and a weekend with Singles for Christ in Camarines Sur in an international conference themed “I Stand”. I had one ringing question: Lord, where are you leading me?

Three years ago I had a revelation by God that he would show me a woman who will love me for who I am, and that it would happen in three years time. No woman came – at least to my knowledge. I began complaining to him saying “where is that woman that you have promised me? Should I just pull a woman from one of my communities and declare her as ‘the one’?”

At work, I began to experience tremendous pressure – to perform and to prove that I can be the business analyst that they have called me to be. Every night including weekends I would labor finishing document after document needed by the project I was into. Every day I would be afraid of the expectations of my female boss towards me – she was a woman. And in once instance I have submitted my resignation from work at 3am, being stretched to the full physically and emotionally. But after an overnight retreat I received word from the Lord asking me to “finish what I have started”. Truly finishing what we have started is not a character of a person with SSA like me, who so often would want to flee from responsibilities and find excuses for tasks that remain undone or unfinished. So I was to finish majority of the project until October.

October came and I began working as a guidance counselor. It was my dream work – but in an institution that was riddled by misgivings from employees, I began to question if I was in the right job. I love my work, but suddenly I realized I was co-worker to five women with different personalities, and under a female supervisor who triggers my good boy image. Added to this, I had relatively more time to be at home and experience the nagging strong voice of my mother.

One time, my mother (again) opened the door of the bathroom while I was taking my shower. She just called me for breakfast, but knowing my boundaries I commented “Could it not wait until I finish my shower?” She did not take my comment lightly, and when I came down for breakfast, she started her barrage of guilt tripping statements. I was surprised to see myself trembling and breaking down, saying to her “Stop making me guilty! Stop treating me as a child!” I had to leave the house in tears. Now as I am writing, I understood that it was my five-year old boy within shouting “freedon!” from my mother’s side. I am a 35-year old man that is now forced to face my issues- especially with women, especially with my mother. I have to ask God to give me the grace to stand as a grown-up man yet to be gentle towards my aging mother, who does not have a clue, and maybe will never understand what I am going through.

Years ago, after I have transferred from Mandaluyong to Las Pinas, Jesus whispered in my heart “Welcome to the school of my Mother”. I understood those words then to mean the many churches around my neighborhood dedicated to our Blessed Mother. But now I understand that Mary has called me not only literally to be in the school that has been dedicated to her, and in a neighborhood that values her – but she now calls me to finally face my issues with women – with my mother, with female bosses and co-workers. Only as I start to live separate from mother and in the knowledge that women are “the other” from me, will I truly start to appreciate women as a true gift, and be a gift of man to them as well.

All these are difficult, as I have tried to evade and avoid confronting myself with these issues – but now I must grow up and abandon my childhood, and start living the manhood that has always been designed for me. I pray for God to help me, our Blessed Mother to guide me, and the saints to assist me in my journey towards significant healing of my relationships with women.

Maybe this was the promise given me by the Lord – to send me a Woman who will love me for who I am.
Posted by Courage Philippines at 12:37 AM