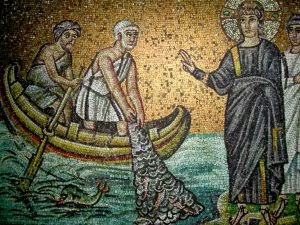 We just concluded our annual Courage retreat centering on the theme 'Come Follow Me'. I arrived late in the retreat and had actually no idea what the theme was and oh what a surprise! The week prior to our retreat I saw the 'Come Follow Me' signage twice and it kind of struck me as odd. So when I found out that the theme for this year's retreat was 'Come Follow Me', I took it as a sign to really reflect on the ways that I am not heeding His call to follow Him. If there's one thing I learned from the retreat, it is that no matter what our state in life is - married, religious, or single - the universal call is the call to love.

On this blog post, I am going to feature someone who has said his big yes to the Lord's call in an extraordinary way and that's no other than our wonderful retreat master Fr. James McTavish, FMVD.


It is not difficult to look for the address of James McTavish in the quiet, middle class Varsity Hills subdivision in Quezon City (Metro Manila). When asked for directions, bystanders will immediately point to a gated compound where the 'kano' lives. But that is not entirely accurate.

McTavish is a 42-year-old Scot with the laid back demeanor of a bachelor in his 20s. The Cambridge-educated doctor greets his visitor in carefully woven Filipino before shifting to genteel-sounding English articulated with a distinct rhetoric accent.

McTavish, however, did not originally plan to become a priest.

"After I qualified, I wanted to do a surgery...and as part of my training I did six months of plastic surgery," McTavish added.

Things took a different turn, however, when he was invited to work in Sydney, Australia in 1998. He explained that working in Sydney gave him time for some quiet reflection.

McTavish said the experience of regaining the habit to listen to Mass gave him peace "in the middle of some uncertainties about the future." During this period, he was invited to a prayer meeting by some sisters of the Fraternidad Misionera Verbum Dei, a religious order under the ambit of the Roman Catholic Church.

He then started to feel that there were certain changes in his disposition as a doctor.

"I became more patient with my patients," he quipped.

"I noticed that I became more sensitive...to the Word of God in my life. And in the middle of these changes, I was enjoying more and more. I started to go running. I had so much energy and I wasn't wasting it in crazy nights out with my friends. And I found myself more focused with more energy for doing the right things and avoiding the things I should." he added.

At 29, he experienced his first retreat. It was during this retreat that he decided to become a missionary for Verbum Dei.

Being called to priestly life is all about trust in God, according to McTavish.

He spent about two years for his formation course with Verbum Dei in Cebu and spent some years studying in Cagayan de Oro. Subsequently, he studied in Rome for four years leading to his ordination as a priest.

McTavish said that spending his time with the Verbum Dei community helped fortify his resolve to become a priest.

"I found that the Lord gathered people from different walks of life and of course it gave me more peace when I met others who have been called also. That's the beauty of community," he said.

Verbum Dei (Latin for Word of God) is a religious order founded by Spanish priest Fr. Jaime Bonet in Majorca, Spain in 1963. The community was granted Pontifical approval by Pope John Paul II as an Institution of Consecrated Life in 2000. Currently, Verbum Dei is present in about 33 countries spread throughout the five continents.

According to McTavish, "The mission [of Verbum Dei] is, first, to form apostles. This word really means people who are mature in their faith. The second mission is spreading the Word of God."

"Our advocacy is to make Jesus more known through prayer with the Word of God," he added.

Currently, McTavish teaches moral theology and bioethics at the Loyola School of Theology in Ateneo de Manila University and UST. He is also the author of the book Choose Life, which is a book that delves on moral, spiritual, and scientific issues about life and the dignity of human life. You can grab a copy of the book at any St. Paul's Bookstore nearest you for only P350.


"If thou wilt be perfect, go sell what thou hast, and give to the poor, and thou shalt have treasure in heaven, and come follow me." - Matt 19:21

Posted by Courage Philippines at 12:05 PM