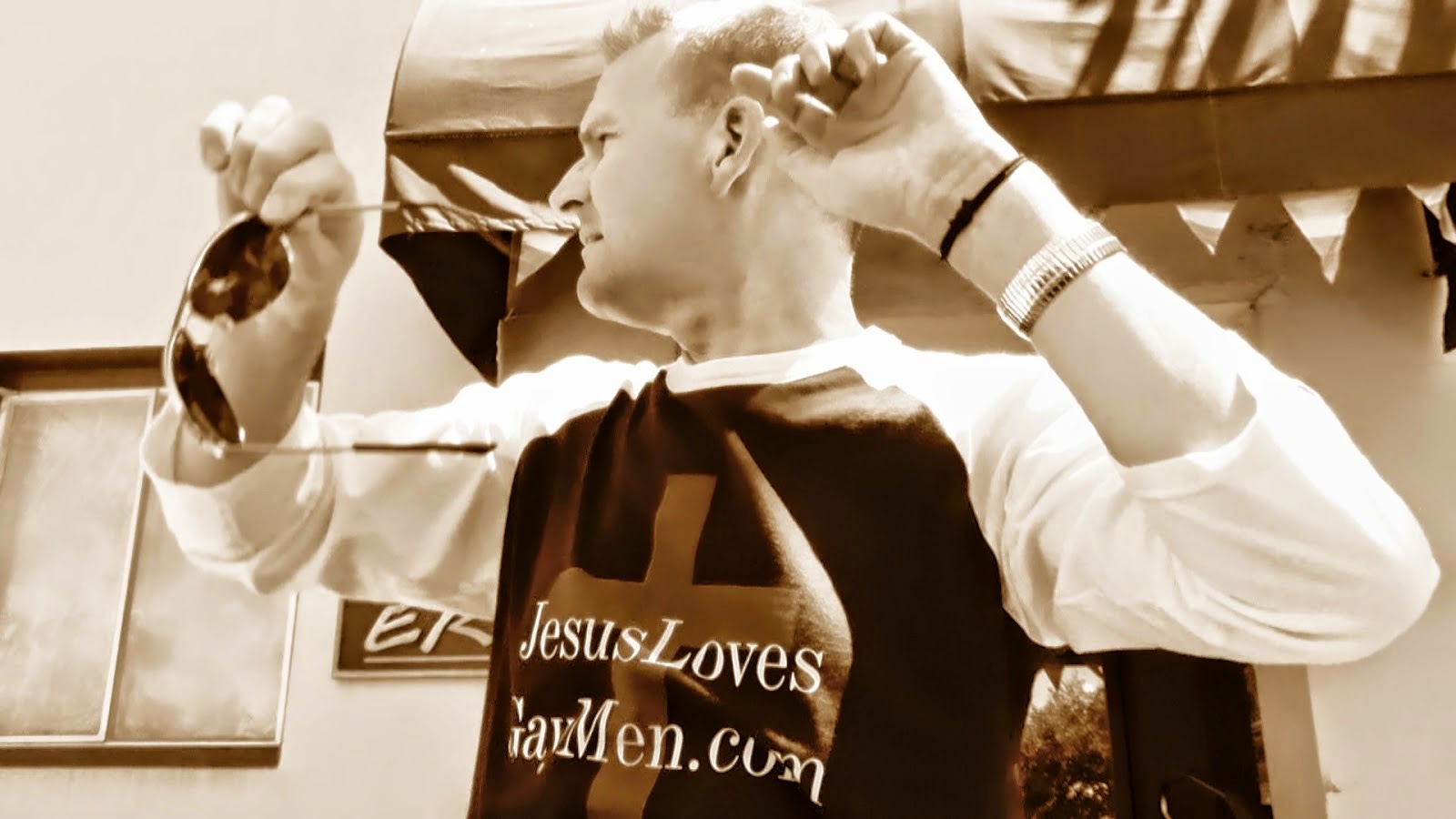 No matter how dark or sinful one's past is, there is always hope and redemption in Jesus Christ. This is amazing grace.


Although I had been raised marginally Catholic, I never really considered myself a believer. As a child, I was rather innocent and understood nothing. By the time I was in my teens, my parents forced me to be Confirmed. I stood in front of the Bishop, got the blessing and anointing, but didn’t believe for a single second. When I went into the gay world, I thought of my residual Catholicism as something that needed to be overcome. And, like most of my compatriots, who were also former Catholics, because our matriculation in the Faith had been mediocre to downright heretical, it was not that tough to accomplish. That sloughing off of all that I had never really known or understood left me open to all sorts evil influences that seemed to temporarily fill my innate lonely sense of emptiness.

After that, although I never realized it until the end, my entire life became increasingly desperate. While I falsely thought that I was just exploring my new found freedoms and sexuality, I was actually in a perpetual state of restlessness: always exhaustingly alert and questing for the next big opportunity: from an endless parade of guys to gay porn - it never materialized. Wanting something to hold onto, I turned to the occult - and was again left cold and empty. I was deaf, yet God was calling me. Only, because I had become filled with evil and hate, I misinterpreted this beckoning as a plea to further degrade myself. In an instinctive way, I was punishing myself, because I knew that everything was out of control and because I was powerless before my seemingly uncontrollable passions.

When I suddenly realized that my endless experimentation was leading me to a premature death, I knew that I had to quickly make a decision to change or stay where I was and die. At those final minutes, the Lord Jesus Christ made things very clear to this stubborn and willful little speck of dust: He held out His hands, one restrained the demons that had been chasing me for years, the other was palm out and bursting with His precious blood. I didn’t know why, but I reached out for the wounded hand. Instantaneously, the demons were gone. For the next few days, I laid in bed: asking God over and over gain to forgive me. Every gross and disgusting thing I had ever done kept replaying in my head; the bed became like the floor of hell. I had to unburden myself, but I didn’t know where to go.

Unconsciously, I turned to The Bible. Flipping feverishly through the pages; the whole book could have been written in some space alien language; I understood not a single word. Mysteriously, leaping off the onion skin paper was the beautiful scene of St. Mary Magdalene being forgiven and released from the constant torture of seven devils. I needed Jesus; where was He? How could I find Him? Then, two incidents in The New Testament struck me: the Roman Centurion going to Christ, begging Him cure his servant; “Lord, I am not worthy that thou shouldst enter under my roof but only say the word, and my servant shall be healed.” and the other Centurion, Cornelius, who told St. Peter: “Four days ago, unto this hour, I was praying in my house, at the ninth hour, and behold a man stood before me in white apparel, and said: Cornelius, thy prayer is heard, and thy alms are had in remembrance in the sight of God.” This all brought back the most vivid memories that I had of Jesus, the VHS tapes of 1950s Biblical epics that my father bought and showed us as kids: especially my favorite, “The Robe,” about a Roman soldier who is the self-declared king of orgies, later crucifies Christ, then begs forgiveness from the man who denied Him three times. I longed to go to Peter.

Somehow, I tracked down a priest I had met in my late teens, who struck me as particularly pious, and I dropped my sins on him like a ton of rotting garbage. I hated carrying it around and just wanted God to have it. Here, take it, take it - I thought to myself. It felt amazing. The priest was rather unphased and coolly certain - sort of like that image of Jesus I saw on my deathbed. He said, I needed to go back to Mass. Idiotically, I was somewhat surprised. Oh yeah, Mass - I forgot about that, I mused. While the seeming magic of Confession drew me back, the Mass still felt useless and mundane. I hated going to Mass as a boy: whether being marched there by our teachers, or dragged out of bed and pushed out the door on Sunday by my parents - going to church was drag. Blessedly, the same kind priest who heard my Confession invited me to the Latin Mass. Latin, that was the language the nerdy kids studied in high school, I thought. With nothing to loose, I showed up. Now, everything was different from my memories of youth. There was silence, reverence, and humility. I kneeled and could not get back up. I bowed and just stayed there. Jesus was back. He was there. His hands in front of me. His body became the Eucharist; and His blood in the chalice. I quivered and thought I was in front of His throne. When it was time to receive the Lord, I didn’t want to walk to the altar, but would have preferred groveling up the aisle on my stomach. I looked at everyone else proceeding towards the priest; I didn’t want to go. Inexplicably, I rose, and took the host on my tongue.

What had just happened? I thought for sure I would die - as the Lord could only strike someone like me down. But, He didn’t. I lived. I lived. I was alive. Jesus saved me. And, He wanted me. For the first time in my life: I believed in Him. The insolent and gullible little boy who threw it all away got a second chance. I no longer felt alone anymore.

I will never leave the Catholic Church. For, to do so, I would be returning to the same empty existence of despair and desolation that almost cost me the eternity of my soul. Because, only death persistently awaits in my old life; and I choose to live.

Joseph Sciambra was born in 1969, in Northern California, not far from San Francisco. He grew up in a stable and loving home while attending Catholic parochial schools from kindergarten through twelfth grade. Early on, the dark shadow of pornography would cloud his entire childhood and teenage years. Throughout the 1990s, Joseph lived around the homosexual culture of the Castro District, offering him rare insight into the daily lives and struggles of many gay men. Later, he became an amateur porn actor and escort. In 1999, following a near death experience, Joseph returned to the Love of Our Lord Jesus Christ and the Catholic Church. Since then he has written extensively concerning the real-life issues of pornography, homosexuality, and the occult. He received his BA from the University of California at Berkeley in Art History and his MA from Sonoma State University.

Come now, and let us reason together, saith the Lord: though your sins be as scarlet, they shall be as white as snow; though they be red like crimson, they shall be as wool. - Isaiah 1:18
Posted by Courage Philippines at 10:30 PM