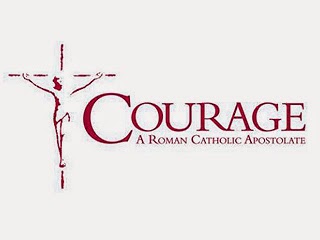 I have published a similar but longer version of this post in the past and so now I am posting a shorter version. There seems to be a push towards enacting anti-discrimination bills not just on the national but local level as well. I hope that they will be guided by our position regarding the said issue.


1. Classification of individuals based on sexual orientation and gender identity under these bills is unreasonable.

b. “Gender Identity” refers to the personal sense of identity as characterized, among others, by manners of clothing, inclinations and behavior in relation to masculine or feminine conventions. A person may have a male or female identity with the physiological characteristics of the opposite sex.

Anti-Discrimination bills on SOGI (sexual orientation and gender identity) were authored to address anti-discriminatory practices. However, by doing so it unjustly favors a group of individuals unreasonably classified over the rest despite basic natural gender similarities. We then see that these bills are gravely in violation of the constitutional guaranty of equal protection. The Equal Protection clause states “that no person or class of persons shall be deprived of the same protection of the laws which is enjoyed by other persons or other classes in the same place and in like circumstances” (Tolentino v. Board of Accountancy) .

However, classification of persons must follow all of the following criteria (People v. Cayat) :

1. It must rest on substantial distinctions.
2. It must be germane to the purpose of the law.
3. It must not be limited to existing conditions only.
4. It must apply equally to all members of the same class.

There has to be what is called substantial distinction, as contrary to superficial difference. This is the reason why we could distinctively classify men from women (difference in reproductive roles), minors from adults (difference in age of consent), citizens from aliens (difference in nationality) etc. This distinction can be described with relative permanency in the characteristics of the distinction being made. However when a person uses colors for vehicles or emotions and/or lifestyles for persons, they convey superficial differences in as much as these differences can change relatively in time – there exists no permanency in the distinctions being established.

It is important, therefore, to understand that sexual orientation is such a superficial difference since the attraction of a person to the same sex varies in degrees, and there are recorded cases of persons with diminished same-sex attractions, if not totally transformed into heterosexuals. So to classify individuals according to their sexual orientation (homosexuals, bisexuals and heterosexuals) is unreasonable.

The same argument can be applied in classifying persons based on gender identity. There are persons who may have in some aspects of his or her character an identity of the opposite sex, yet still retain some aspects of his or her character identifiable with the same sex. There are cases of persons who may at some point of their life decide that their identity is of the opposite sex, even to the point of undergoing sex change, yet reverted back to identifying themselves with their original gender. So it is also unreasonable to classify individuals based on their gender identity.

2. Anti-Discrimination bills on SOGI are redundant of existing laws recognized in the Philippines.

Section 2 – Declaration of Policy
It is the policy of this state to work actively for the elimination of all forms of discrimination that offends the equal protection clause of the Bill of Rights and the State obligations under human rights instruments acceded to by the Republic of the Philippines, particularly those discriminatory practices as defined herein shall be proscribed and penalized.

There are sufficient laws recognized in the Philippines : civil, administrative, criminal and political, that can be invoked for the protection of the rights of anyone – including persons with same-sex attractions.

These established laws sufficiently cover the entire length and breadth of Anti-Discrimination bills on SOGI’s concerns.

3. There is an imminent danger of abuse of “perceived discrimination” under these bills.

c. “Discrimination” shall be understood to imply any distinction, exclusion, restriction, or preference which is based on any ground such as sex, sexual orientation, gender identity, whether actual or perceived, and which has the purpose or effect of nullifying or impairing the recognition, enjoyment, or exercise by all persons of an equal footing of all rights and freedoms.

Categorizing a discriminatory act as perceived is something relative – to the person being accused, to the person accusing and to the circumstances and other persons that surround the act itself. Therefore, defining “discrimination” with this phrase allows the law to be manipulated by scheming individuals, to which the law does not define protection over their possible victims. A scheming individual may or may not be a homosexual. Upon slight provocation, this individual may just simply sue anyone through this bill whom he or she feels is discriminating him or her. He or she may use this bill to sue anyone whom he or she pleases – convinced that he or she was discriminated against. Individuals, who may perceive by mere suspicion that he or she is being discriminated against, can also use this bill to his or her advantage.

Also, because gender identity is defined in terms of the individual’s inclinations or behavior, it is shortchanging the legitimacy of the behavior action being done. By virtue of this definition, a person may use the bill to incriminate individuals or institutions, even if his or her behavior is illegitimate – such as talking or laughing boisterously in places of worship, or making sexual advances to a person he or she is attracted to.

The following are some scenarios that may occur following the approval and implementation of this bill:

The provision on Section 4 (k) on other analogous circumstances present a dangerous and vague concept, which can be used by ill-meaning individuals who wants to pursue their own selfish interests. Individuals with perversions, such as pedophiles and sadomasochists, can also use this provision to justify their actions and behavior as something in relation to their gender identity and sexual orientation.

All laws, decrees, orders, rules and regulations o; parts thereof inconsistent with this Act are hereby repealed or modified accordingly.

Because of this clause, it is not unlikely that it will undermine and consider useless the other criminal laws that are “inconsistent” with the provisions laid in the bill. It means it will supersede any law that is working contrary to the needs of homosexual persons.

For example, this bill may undermine the anti-harassment laws by allowing persons with homosexual inclinations and behavior to pursue other persons by making sexual advances to them, as it is warranted by their gender identity to do it because of their sexual orientation.