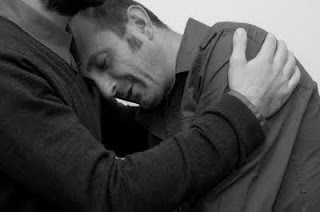 This post is an excerpt from The Origins and Healing of Homosexual Attractions by Dr. Richard Fitzgibbons specifically dealing with issues of fear, mistrust, and excessive sense of responsibility.

Fear of vulnerability to heterosexual relationships is another important factor in the development of homosexual attractions. This inability to feel safe loving someone of the opposite sex is usually unconscious and originates most often from traumatic experiences within the home. In males this may be a consequence of having a mother who was overly controlling, excessively needy or dependent, angry and critical, unaffectionate and cold, narcissistic and insensitive, very mistrustful, and addicted or ill. In females the fear of trusting males in a loving relationship may arise from having a father who was very angry, rejecting and distant, insensitive toward the mother, abusive, harsh, selfish, addicted, or unloving. Today, abandonment pain by the father from divorce is one of the major sources of male mistrust in females who develop an unconscious dread of being hurt as they saw their mothers wounded by their fathers. Subsequently, such females for a period of time may only feel safe being comforted in love by another female.

Diane was a young architect whose father was an angry alcoholic. She had witnessed years of emotional and physical abuse toward her mother by him. In her early adolescence she was attracted to males and went out with them, but found herself much more comfortable with females during her college years. She came to realize that she had a very powerful fear of being hurt like her mother if she made a commitment to a man. Diane was not fully satisfied emotionally, physically or spiritually in her homosexual relationships. She recognized in therapy that her father controlled her relationships with men and decided to work to break his domination over her relationships.

Pete’s mother was a very sarcastic woman who was the daughter of an alcoholic father. He rarely saw his mother show any affection to his father and she was regularly critical of him. Pete came to understand that her compulsive need to be in control in the home stemmed from the fear and powerlessness she had experienced in her own family background as a result of her father’s drinking and the chaos that surrounded it. Pete found her control to be suffocating and, subsequently, did his best to keep her at a distance. Since she was his foundation for relationships with females, Pete did not feel comfortable being emotionally close to the girls he found attractive. He feared that if he became vulnerable they would be as insensitive as his mother was to his father and to him. His homosexual temptations developed because of his fear of trusting in female love and his need for affection from someone whom he could trust.

Mistrust can also develop as a result of living in a home with frequent conflict and fighting between parents. Since this relationship is the model or basis for the child’s view of a heterosexual loving relationship, a marriage marred by turmoil and pain can lead to a son’s or daughter’s developing a fear of becoming vulnerable to those of the opposite sex. This fear can lead some to retreat into homosexual relationships. A similar dynamic is sometimes present after divorce, when many adults have a fear of being hurt by those of the opposite sex and withdraw into a homosexual relationship. It should be noted, too, that the epidemic of divorce in our culture is resulting in a significant fear of commitment to heterosexual relationships among young adults.

Mistrust and fear of complete commitment to one person are extremely common in those with homosexual attractions. Rampant promiscuity with fidelity to no one is one of the most striking manifestations of such a fear of commitment. According to Dr. William Foege, director of the Centers for Disease Control, the average AIDS victim has had sixty sexual partners in the past twelve months.[3] Spiritually, this mistrust shows itself in Catholics as a mistrust of the Lord and of God the Father as a loving father or Mary as a loving mother.


Attempts to Flee from an Excessive Sense of Responsibility

Some people attempt to escape from excessive pressures and burdens by engaging in homosexual activities in which there is no commitment, obligation, or responsibility. Married men sometimes struggle with intense insecurity after experiencing the stress of a negative boss, a lack of success in work, or a sense of overwhelming anxiety from financial worries. Then they began to view their wives and children as burdens and difficulties rather than as gifts from God. They engage in homosexual behavior in an attempt to flee from their stress and to feel more lovable and special.

A lack of balance in life, along with perfectionistic thinking, regularly leads to a feeling of excessive responsibility. This conflict interferes with the ability to be quiet and to receive the gift of love that is available from family and friends and even more from the Lord, the Father, the Spirit and Mary.

Jim was a pleasant married father of two children. He enjoyed his work; however, it was extremely demanding and pressured. His wife, Jean, also had a busy, stressful career. In the evenings in addition to caring for their children, both of them spent time on their careers with the result that they had little time for each other. Under such stress, Jim began to visit adult book stores near his work and there engage in anonymous homosexual acts. These actions were followed by tormenting guilt because he felt that he had betrayed his wife and children as well as God.

When a husband is emotionally distant or absent from a family, the wife may feel an intense loneliness and, subsequently, become emotionally dependent upon a son. Often she will discuss with him concerns and worries that would normally be shared with her spouse. While most males in such a family home enjoy the relationship with their mothers when young, unconsciously they begin worrying excessively and feeling overly responsible for her. Later, an unconscious view of female love as burdensome and draining may develop.

Ralph was the oldest of three children and grew up in a home in which his father had great difficulty communicating his love. His father’s need to distance others was the result of the alcoholism of both of his parents. This man’s childhood wounds resulted in an inability to give himself because he did not feel safe and relaxed in loving relationships. Subsequently, Ralph’s mother was extremely unhappy in her marriage and divorced when Ralph was twelve. He recalled feeling that as a result of the divorce, he had become the little man of the home and was responsible for his mother and his younger brothers.

When Ralph was thirteen, he had a crush on a girl in his class. He was confused, however, because he had no desire to be physically affectionate with her, nor did he feel sexually aroused. He continued to be puzzled by his limited desires and although he did not want to be attracted to men, he experienced his first homosexual desires when fifteen. Ralph entered therapy in his mid-twenties. He had never engaged in homosexual behavior and hoped that he would be able to overcome his homosexual temptations and marry someday.

Early in his treatment Ralph realized that he had felt overly responsible for his mother’s happiness for many years and that this had taken a very high toll on him. The pressures had resulted in an unconscious fear of intimacy with females. Under the tension of these conflicts, homosexual relationships felt appealing because they appeared to be free of excessive responsibility and accountability. His growing insight into his fears of commitment to female love were liberating and filled him with hope for his future.
Posted by Courage Philippines at 1:27 AM