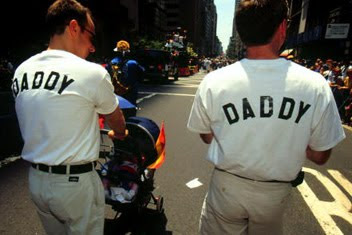 Fact: An overwhelming body of social science research shows that children do best when raised by their own biological mother and father who are committed to one another in a lifelong marriage. Research specifically on children of homosexuals has major methodological problems, but does show specific differences.

Few findings in the social sciences have been more definitively demonstrated than the fact that children do best when raised by their own married mother and father. The non-partisan research group Child Trends summarized the evidence this way:

Research clearly demonstrates that family structure matters for children, and the family structure that helps the most is a family headed by two biological parents who are in a low-conflict marriage.

Homosexual activists say that having both a mother and a father does not matter—it is having two loving parents that counts. But social science research simply does not support this claim. Dr. Kyle Pruett of Yale Medical School, for example, has demonstrated in his book Fatherneed that fathers contribute to parenting in ways that mothers do not. On the other hand, Dr. Brenda Hunter has documented the unique contributions that mothers make in her book, The Power of Mother Love.

The truth is that most research on “homosexual parents” thus far has been marred by serious methodological problems. However, even pro-homosexual sociologists Judith Stacey and Timothy Biblarz report that the actual data from key studies show the “no differences” claim to be false.

Surveying the research (primarily regarding lesbians) in an American Sociological Review article in 2001, they found that:

The clear superiority (in outcomes for children) of households with a married, biological mother and father; the limited but revealing research on children raised by homosexual parents; and the inherent mental and physical health risks (see Myths 5 and 6) and dysfunctional behaviors (see Myths 8 and 10) associated with homosexual relationships—all of these combine to suggest that we should be exceedingly cautious about deliberately placing children in the care of homosexuals, whether through foster care, adoption, or the use of artificial reproductive technologies.

Myth No. 8: Homosexuals are no more likely to molest children than heterosexuals.

Fact: Sexual abuse of boys by adult men is many times more common than consensual sex between adult men, and most of those engaging in such molestation identify themselves as homosexual or bisexual.

If this myth were true, it would support the notion that homosexuals should be allowed to work with children as schoolteachers, Boy Scout leaders and Big Brothers or Big Sisters. However, it is not true. The research clearly shows that same-sex child sexual abuse (mostly men molesting boys) occurs at rates far higher than adult homosexual behavior, and it strongly suggests that many of those abusers are homosexual in their adult orientation as well.

Pedophiles are invariably males: A report by the American Professional Society on the Abuse of Children states: “In both clinical and non-clinical samples, the vast majority of offenders are male.” The book Sexual Offending Against Children reports that only 12 of 3,000 incarcerated pedophiles in England were women.”

Significant numbers of victims are males: A study of 457 male sex offenders against children in Journal of Sex & Marital Therapy found that “approximately one-third of these sexual offenders directed their sexual activity against males.” A study in the Journal of Sex Research found that although heterosexuals outnumber homosexuals by a ratio of at least 20 to 1, homosexual pedophiles commit about one-third of the total number of child sex offenses.

Many pedophiles consider themselves to be homosexual: Many people who write about the issue of pedophilia argue that most men who molest boys are merely attracted to children, not to adult males, but they do not cite any specific data to support that assertion. In fact, a study of 229 convicted child molesters in Archives of Sexual Behavior found that “eighty-six percent of offenders against males described themselves as homosexual or bisexual.”

In addition to the actual data on elevated rates of homosexual child abuse, there is clearly a sub-culture among homosexual men that openly celebrates the idea of sexual relationships between adult men and underage boys, whether pre-pubescent or adolescent. Such relationships are referred to in some research literature using neutral-sounding euphemisms such as “age-discrepant sexual relations (ADSRs)” or “intergenerational intimacy.” Lesbian writer Paula Martinac summarized this phenomenon:

. . . [S]ome gay men still maintain that an adult who has same-sex relations with someone under the legal age of consent is on some level doing the kid a favor by helping to bring him or her “out.” . . .

[A]dult-youth sex is viewed as an important aspect of gay culture, with a history dating back to “Greek love” of ancient times. This romanticized vision of adult-youth sexual relations has been a staple of gay literature and has made appearances, too, in gay-themed films. . . .

Last summer, I attended a reading in which a gay poet read a long piece about being aroused by a flirtatious young boy in his charge. In response, the man went into the boy’s bedroom and [sexually abused the boy as he] slept. . . . Disturbingly, most of the gay audience gave the poet an appreciative round of applause. . . .

. . . The lesbian and gay community will never be successful in fighting the pedophile stereotype until we all stop condoning sex with young people.

(Source: Family Research Council)
Posted by Courage Philippines at 12:49 AM