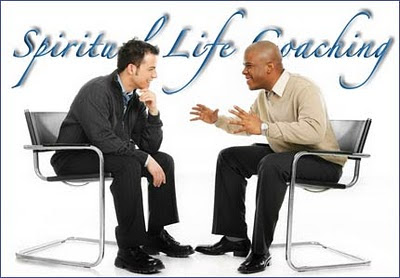 The following items are given by way of example as elements in a plan of life:

• Morning prayers, with at least fifteen minutes of meditation.
• Mass as often as possible during the week.
• Examination of conscience at least once a day.
• Ten minutes of spiritual reading everyday.
• Carefully chosen regular confessor.
• Some from of devotion to the Virgin Mary and to the saints.

For the sake of brevity I shall here comment only on regular prayer, regular examination of conscience, and service to God through neighbor.

Morning prayers should include some kind of general direction of all the day’s actions to God, and an exercise of preparing the day. As the shrewd businessman prepares his day, so also the person desirous of the love of God must make an effort to foresee the important events of the coming day. He will think seriously of the contingencies that may occur, of the places where he may be required to go, and the like. In this way, with the help of God, he will be able to face the difficulties and dangerous occasions which otherwise might surprise and overwhelm him. He will do more than anticipate difficulties by planning his strategy to overcome or circumvent them. For example, he will figure out some work of value to his neighbor or to himself who will take him away from situations or persons who have been an occasion of sin for him.

Experience has proven this exercise of preparation to be practical in guiding those beset with special problems, like those of drink and sex. Similar to the recovering alcoholic, the homosexual must take one day at a time, and make it a day of activity combined with trust in the grace of God. Concerning material for meditation the homosexual has many options. The classical Introduction to a Devout Life by Saint Francis de Sales will provide an abundance of material. On days filled with pressing matters one may substitute ejaculatory prayer for meditation, says St. Francis. The important point is that some time for meditation is necessary every day.

The examination of conscience is adapted to the homosexual propensity for introspection. It is directed, not to a sterile self-examination of maladjustment, but to an analysis of motivation in the practice of Christian virtue. This is a difficult exercise because of man’s tendency to self-deception. St. Augustine is on target when he writes:

“If by an abyss we understand a depth profound, is not man’s heart an abyss? Man may speak, may be seen by the operation of his members, may be heard speaking, but whose thought is penetrated? Whose heart is seen into?... Do you not believe there is in man a depth so deep as to be hidden to him in whom it is?”

Saint Francis de Sales sees the basic motive for examine as the desire to please Christ. This examine should be steeped in love, because one desires to be free of sin only to be more pleasing to the Savior. One is not concerned with a sterile arithmetic of faults committed, but with the inner motivation of the faults, and with the affection of the heart vis-à-vis the person’s determination to love God. “How stands my heart before God?”

The work of service to the Lord which the homosexual performs gives him a sense of achievement and of self-acceptance which he needs. It does not matter what the work is. Often it is parochial work supervised by one of the priest of the parish. This has the compound advantage of bringing the homosexual into a closer contact with the work of the Church, giving him a feeling of community with other workers in the parish, and a ready opportunity to receive spiritual guidance from priests. Frequently the friendship of priest becomes a source of strength to the homosexual in his loneliness.

Since friendship is so important for the homosexual, I shall probe it at some length.

I have already adverted to the difficulty which homosexuals have in forming friendships with persons of their own sex, and to their flight from intimacy. While it is not scientifically proven, it is my experience that this difficulty in forming deep friendships is more true of the man than of the woman, who tends more often to shun promiscuity in favor of a stable homosexual relationship. In any case it is incorrect to advise the homosexual that he must avoid all close friendships with persons of his own sex. He cannot live in an emotional vacuum, and lacking close friends, he will tend to promiscuity.

Of course, there is more danger when a homosexual from a more intimate relationship with persons of his own sex, but the fact of moral danger is not in itself a sign that the friendship is evil anymore than close friendships between men and women, not married to one another, and are evil. Necessity and vocation in life often throw people together for many hours per week and there may be moral danger.

Much depends upon the motivation of the homosexual in seeking to find some stable friends, whether they heterosexual or homosexual in tendency. If he is able to admit that there is a distinction between psychological intimacy and genital expression, and if he is willing to forego genital expression while seeking psychological and spiritual intimacy, he can form close relationships with persons of both sexes. This means, of course, guidance from a spiritual director in showing the homosexual Christian how to handle his emotions in his efforts to find friends.

One may express this truth in a different way by saying that the homosexual cannot love himself until he has experienced love from others, and this experience should not have to be genital, even in marriage. Unfortunately, he has been told by our present amoral culture that he is not completely human unless he has engaged in some form of genital activity with members of his own, or the opposite sex. The world tells us that this is something he must do; and, given the homosexual’s strong impulses in this direction, he needs no further persuasions. With spiritual guidance, however, he can come to understand those various forms of healthy relationships which are possible. He can learn to be a loving person without the need of genital intercourse.

One final aspect of friendship needs to be addressed. It is the need which the homosexual, like any other human, has for a community of support. Each of us wants to belong to a community, the family, the parish church, a group of people all engaged in the same work. So also the homosexual needs the sense of belonging to some group, within which he can get support, and to which he gives support. Properly presented, the Church’s liturgy should help the homosexual perceive that he belongs to Christ, and that in belonging to Christ he also belongs to the whole Body of Christ, which is the Church.

Conclusion: Any attempt to be highly specific about a plan of life can generate misunderstanding. It may lead to the impression that if one performs a certain number of external exercises; he will be cured of whatever ails him. It is open to the just criticism that other exercises besides those mentioned may be more effective in perfecting the life of Christ within us. For these reasons I see the need to stress that the best way to change a man is not to propose a series of external to be done, however helpful these may be, but to appeal directly to the heart.

The purpose of all the points in the plan of life is to reach the affections of the homosexual so that he will love God more ardently. All the means which the homosexual chooses should become expressions of the same love. He begins by loving God; he progresses to a greater love by repeated acts of love. In no way is this to belittle the powers of reason, prudence, and faith, which become more full of insight the more love moves them.

Love of God must become the dominant force in the life of a homosexual, who otherwise may yearn for the kind of relationship found in the homosexual subculture. In place of this attraction something better – something infinitely better – must be found. In an ascetical plan of life, under the guidance of a spiritual director, with a community of support, the homosexual finds that better way.


(Father Harvey is a moral theologian and an experienced counselor on homosexual matters. In this pamphlet he proposes a plan which homosexually-oriented persons may follow to achieve a chaste, productive and happy life.)