I'm A Man: Q&A With An SSA Catholic Guy 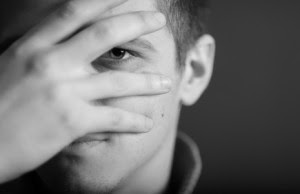 A Catholic lay missionary by the name of Teresa Reardon forwarded this article to us. Dunno if she is a reader of the Courage Philippines blog, but I just want to say thank you for taking the time to e-mail us this article. God bless you in your ministry.


Steve Gershom (a pseudonym) is a young, Catholic professional who recently came out as a homosexual to friends and family.


What advice would you give to a Catholic who thinks he might be homosexual?

First, don’t assume that you’re “gay” and that’s that. I think of homosexuality as a spectrum, and there are plenty of people in the middle for part or all of their lives.

Find a priest to talk to who is both orthodox and understanding. Isolation gets you into bad mental habits.

Find a support group that you’re comfortable with: Courage is one, and there are dozens of others.

Finally, pray a lot. You won’t be able to “pray it away,” but prayer, adoration, and frequent communion and confession make everything better. Of course, that goes for anyone with any kind of a cross to bear. Which is everyone.

What advice would you give to parents who are concerned about their son’s sexual identity?

It’s terribly important for fathers to be accessible, emotionally and otherwise, to their sons; to spend regular one-on-one time with them; to praise them when they do well; and to give them lots of physical affection, from early on. I mean really early—we think of the adolescent years as being particularly formative, but a person’s emotional makeup can be drastically affected, for good or ill, from day one.

If the horse is already out of the barn, then first educate yourself [see below for recommended reading], and then talk to your son, in a careful, loving way. That is going to hurt a lot, for both of you, but not talking is much worse. He needs to know that you’re not scared or disgusted.

Do you think that you might be able to become heterosexual, or that anyone can?

I believe some degree of change is possible. Ex-gay groups are caricatured as brainwashers and Bible-thumpers, who will tell you how depraved you are, and to squash your feelings down into the back of your psyche.

My experience with one group is the exact opposite. The work I did with People Can Change would benefit almost every man I know: they helped me to open old, badly-healed wounds, confront old fears and prejudices, and dismantle some of the lies I had been telling myself. It was scary and it hurt like hell, but it left me with the beginnings of a peace and confidence I had never experienced before.

Has it made me less attracted to men, or more attracted to women? Yes, a little bit. But more importantly, it has made me a less fearful, more integrated person. That’s a work in progress.

Maybe I’ll be able to get married and have children, maybe not. But the one sure way to be miserable is to obsess about the things you don’t have, and forget to give thanks for the things you do have. I have a lot.

Is there anything you wish you could change about the Church’s teaching on homosexuality?

Not a thing. Without the Church’s clear teaching on the issue, I would have been at the mercy of my badly confused emotions. When your instincts are misleading, you need something unshakable. The Church is a rock.

On the other hand, I do think the Church’s approach to the topic needs work, and badly. You might hear a sermon or two about gay marriage, but that’s not terribly helpful. Catholics often talk about homosexual men as if they were another species—who should of course be pitied and prayed for: Those poor freaks!

This isn’t due to ill will, obviously. It’s because people are embarrassed, are scared of offending someone, and have been badly misinformed by all the cultural propaganda.

If you could clear up one common misunderstanding about homosexuals, what would it be?

I don’t believe that “gay” is a valid category, the way “male” and “female” are. I used to think being gay meant being a different kind of person altogether—like a third gender. These days I think that it’s something I have, not something I am.

The surprising thing is that gay men are gay because they are masculine, not because they are feminine. What I mean is this: men, gay and straight, want to know they’re real men. If something stops them from believing that, then they’ll go looking for that manhood for the rest of their lives.

The best way to sum it up is something a very good priest once said to me in confession. He said, “You’re not a homosexual. You’re a man.”

For practical help: Growth into Manhood: Resuming the Journey by Alan Medinger; and PeopleCanChange.com.

For a referral to a therapist: Narth.com

Steve can be reached at steve.gershom [at] gmail [dot] com


(Source: http://www.faithandfamilylive.com)
Posted by Courage Philippines at 12:10 AM