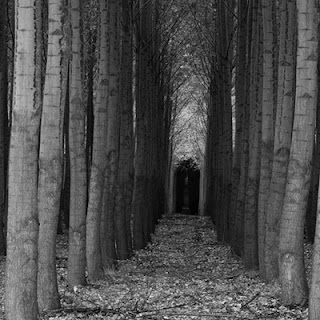 What is wrong with being single? Nothing. What is wrong with being in your 30s? Absolutely nothing! But when those two come together - single and 30 something, people are starting to wonder why. And add one more thing - single, in your 30s, and struggling with SSA. These are the sort of things I try to avoid when dealing with people. Tomorrow is the wedding of my youngest brother and I will be his best man. I can already anticipate the big question that perhaps some well-meaning family friends and relatives might ask of me - "When is it going to be your turn?" I'll probably say, "Maybe in the next 10 years or so. You see, P-Noy is still a bachelor until now, so I guess I'm in good company." My policy? - Don't ask, don't explain.

This must be one of the reasons why I avoid social gatherings like class reunions, weddings, and family gatherings like a plague. I personally feel I don't have any obligation to explain why I'm still single until now or why I don't even have a girlfriend. (You see, I'm a certified member of the NGSB club (no girlfriend since birth) and believe it or not NBSB as well. I wish I can tell them straight but I fear that they are not just ready. I pray that when the time comes I will be emotionally ready and that they will understand and accept me still unconditionally.

Last November I had the chance to attend Kerygma Conference 2011 under the Single Blessedness stream. I was surprised to find a fellow Courage brother there. At least I was not alone. I noticed that the majority of the attendees were women and I felt quite out of place. There were a handful of men though.

Among the four speakers who gave talks, I was most impressed with Dr. Beth Melchor. She remains to this day a single lady and she seems to be having the time of her life! Most of her life she has dedicated in doing God's work and has found immense joy in doing so. She exuded an aura of confidence and fulfillment in her countenance and her life was so overflowing with joy she was ever so ready to surrender it to God at any moment. What a woman! Why did she choose to be single? She said it was her vocation from the very start. She thought of entering the religious life, but felt that God was not calling her to it. She elaborated two examples from the Bible for those who are discerning this road less traveled. One is that Our Lord Jesus Christ chose this vocation for Himself and that in the afterlife (heaven) the dead neither marry nor are given in marriage. She also compared her vocation to that of a 'pearl of great price'. When asked about growing old alone she said we shouldn't worry about the future and let God take care of that detail and that she had no regrets whatsoever because she has dedicated all her life to the service of God and fellowmen. After the talk, I couldn't help but be inspired by this woman who is a living testimony of a life well lived and a cancer survivor as well.

So I guess being single is not that bad after all. A person who pursues this path is single but not necessarily alone and blessed because the source of that blessedness comes from Christ, who gives purpose and meaning to our lives whatever road we choose to travel on.


"Two roads diverged in a wood, and I, I took the one less traveled by, and that has made all the difference." - Robert Frost
Posted by Courage Philippines at 12:08 AM