Why Reveal the Dark Side of the Gay Movement? 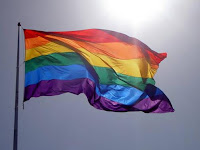 No one wants to be the bearer of bad news
about a group that has suffered discrimination.

Many people, both gay and straight, become curious about this "dark side of life" and briefly dabble in it. Soon, however, they come to reject such things as degrading, destructive of their integrity as human beings, and "not who I am." Why, then, do such things maintain an enduring foothold in the gay community?

This phenomenon is not restricted to a fringe of the gay subculture. Even Andrew Sullivan--a Catholic and well-known conservative in the gay movement--defends "the beauty and mystery and spirituality of sex, even anonymous sex" in his book Love Undetectable.

And in a speech to a gathering of college students, the Rev. Mel White was also reported by Pastoral Care Ministries Newsletter (Spring 2000) to have said that he does not "struggle" with pornography, but uses it. The reverend is the leader of Soulforce, a gay group that pickets Protestant denominational meetings to push for the blessing of same-sex unions.

Writers Gabriel Rotello (author of Sexual Ecology) and Michelangelo Signorile (Life Outside) are both conservatives in the sense that they have spoken out strongly about the dangers of irresponsible sex and sexually transmitted diseases, and have taken rancorous criticism from the gay community's more radical faction.

Yet when Signorile speaks of the "rauchy, impersonal atmosphere" of sex in public parks and bathrooms, he is careful to note that he, himself, would never judge it:

"There's nothing morally wrong with this--and I say that as someone who has certainly had my share of hot public sex, beginning when I was a teenager and well into my adulthood." (1)

Similarly, Gabriel Rotello says he has been maligned for his role as a so-called "moralistic crusader" against unsafe sex. Yet he explains:

"Let me simply say that I have no moral objection to promiscuity, provided it doesn't lead to massive epidemics of fatal diseases. I enjoyed the '70's, I didn't think there was anything morally wrong with the lifestyle of the baths. I believe that for many people, promiscuity can be meaningful, liberating and fun." (2)

When NARTH's literature describes the dark side of the gay movement, this is not done for the purpose of moralizing or gay bashing. Our primary purpose is to identify and understand a psychological pattern.

Mainstream psychologists are usually too conflicted (or simply uninformed) to acknowledge any pattern or assign any significance to this sexual radicalism.

Indeed, much of the language of psychologists has been purged of evaluative judgment that could explain the meaning and significance of a particular behavior. A 1975 Dictionary of Psychology states that "fetishism, homosexuality, exhibitionism, sadism and masochism are the most common types of perversion." Now, 25 years later, the word "perversion" is never used for any of those conditions; they are known as "deviations" or "variations."

But because homosexuality is deficit-based, the dark side of gay life--characterized by sexual addictions and fixations--keeps stubbornly emerging, in spite of public-relations efforts to submerge it.

Culture Facts, an online publication of Family Research Council, recently reported on a street fair that illustrates this paradox. The fair was sponsored in part by the Human Rights Campaign (HRC) and National Gay and Lesbian Task Force (NGLTF)--two very prominent groups committed to mainstreaming and normalizing homosexuality.

Yet that event featured public whippings, body piercing, public sex, sado-masochism, and public nakedness by parade marchers. Fair booths sold bumper stickers that said, "God masturbates," and "I Worship Satan," and merchants peddled studded dog collars and leather whips (not for their dogs). On the sidelines of the public fair, a man dressed as a Catholic nun was strapped to a cross with his buttocks exposed, and onlookers were invited to whip him for a two-dollar donation.

How long can psychologists be in denial about the significance of the dark side, and ignore what it implies about the homosexual condition?

And there's a matter of even greater concern. How long will psychologists eagerly throw open the door to gay life for every sexually confused teenager?