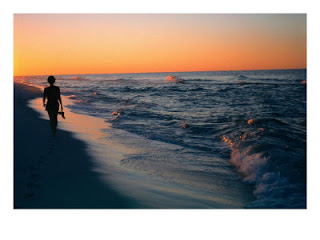 This is Judith's (not her real name of course) journey with Courage. Courage does not only cater to men with SSA but to women as well. In fact, Judith is the first female member of Courage Philippines. We have at least five female members so far. We, men, greatly outnumber the ladies and so I hope to see more Judiths next year.


My first encounter with Courage Philippines was in May 2007 during the conference on SSA co-hosted by Human Life International-Asia held at the Philippine Heart Center. Shortly after, I got the courage to tell Rollie about my condition and braved the Courage reparational adoration prayer then with a throng of men in attendance and me being the lone woman. From then on, I regularly attended its sharing meetings including the Sacrament Sundays at Baclaran Church.

Reading “The Problem” for the first time during the sharing meeting made me felt understood already as indeed I had always hoped that the next person I fall for “will save me…conning myself time and again” and “The Solution” indeed offers hope—realizing that “not feeding the hunger did not kill us but killed the hunger instead.”

My hunger for love and affirmation is something no one will ever satisfy as it has left a gaping hole in my soul, which searches for anyone who is willing to fill me. I saw myself as nothing and I readily devoured whatever little love I find even when it is not really being offered. I gave everything in order to get my own “fix” or “strokes” such as praises and affirmation, affection and friendships that will make me feel “I am okay.”

Since I was fresh from the convent then and still searching for employment, I was usually treated out by my brothers for lunch , dinner, movies, even concerts at the Cultural Center of the Philippines (CCP). This makes me feel specially favored. At first, I do not feel like a princess being with them. Instead, I felt like being one of the boys. I used to joke around that I got a very good surgeon to make me look like the real thing. But the thing is, I am the real thing—feminine and woman. Yet before such realization sets in and because of the brokenness all of us carry, some relations and boundaries were broken but was also re-established more stronger now by God’s grace.

In the same year, I was blessed to be part of the Living Waters Leadership Training (LWLT) (see www.livingwatersphilippines.org) with another brother held in November at Tagaytay City. It was during this one week training that I understood better who am I as a woman that God designed me to be and how the woundings that I faced distorted that image of God in me. Above all that, I felt so secure for the first time in years because my relationship with my Heavenly Father was renewed. At that time, He affirmed me as His daughter—His princess and His beloved.

An offshoot of the said program is the 12-steps presentation I was inspired to create. Up until this moment, I could only say that that was a product of inspiration and reflection not confined to logical musings. I could not have done it without the Holy Spirit guiding me. Little did I know that all my friendships and my faith will be severely put to test the following year.

Aside from growth in self-knowledge, since I also participated in the Cross Current and LivingWaters Program (full-cycle) that year, 2008 brought in a deluge of feelings. For as wounds were opened and processed, present things and persons that remind me of the past became unnerving. On top of that, I encountered someone in my immediate environment who I then began to seek for my own security and significance in this world. I clung to her like a lifeline. Yes, it was emotional dependency at work and the very thought of letting go was painful to say the least.

The year 2009 brought me in the midst of the battlefield--with defeats and victories encountered. I experienced deep depression from March until May that I wished then to end my life almost everyday because of the pain within me--the fear and pain of rejection, of isolation, of abandonment was almost unbearable! Twas only through prayer and worship that I was able to face each day still despite all that. The second quarter of this year was a decisive time for me. It was then that I got the courage to leave, only because I knew in my heart that it was what God wanted of me, despite the many protestations of a significant few.

The succeeding months after that serious moment was a trial of sorts—mostly within me. A tug-of-war is raging for I still longed for what I said I would let go. Later on, trust is what prevailed upon me. Trust in God that He will see me through, that He will provide for me, that my future is secure in Him and that I will be free eventually--free from all the chains that keep me from loving Him with my whole heart, mind and soul. That was really the cry of my heart.

It was during the 2009 LWLT-Journey to Healing that I finally realized and experienced for myself what God has been trying to tell me... 1) faith through obedience in Him despite what seems like an illogical directive from Him, and 2) worship of Him is the best way of being happy and being made whole otherwise I will find myself bowing down to lesser created things. In the obedience and worship of Him, my love for Him increases and He takes up greater space in my heart—toppling down the idols I have erected. This is the reason why the enemy is bent on taking away my focus on Him… for anything in the hands of the Almighty is to be feared and a soul completely surrendered can bring forth His Kingdom greater than any mission, ministry or prayer brought about by human efforts alone.

God’s work in me is far from being over. I still need to discover the many ways I have acted as my own god or made others my own gods. But I could honestly say that I am in a better place now only because the One True God has found me and will not even think of losing me. In that statement alone I place ALL my hope.
Posted by Courage Philippines at 1:29 AM