On the Anti-Discrimination Bill 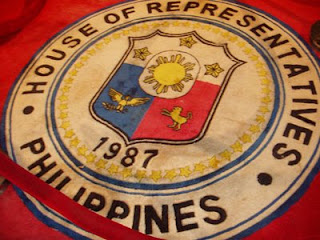 This is a letter by Bro. Rollie addressed to everyone concerned regarding the recent developments on House Bill 956 or better known as the Anti-Discrimination Act in order that the public at large may know why we oppose this bill. You can download a copy of the proposed bill here.

After the holiday break, I will post the official position paper and counter proposals of Courage Philippines to this bill pending in the House of Representatives.

I have been to two meetings already about the Anti-Discrimination Bill (see link above). This bill deems to include the terms sexual orientation and gender identity as part of our legislative vocabulary, and as such, will railroad the other gay rights like same-sex marriage. However, in these meetings, Hon. Erin Tañada, Chairperson of the Committee on Human Rights of the House of Representatives, seems to argue in favor of passing the bill - notwithstanding our objections and the possible consequences of the bill. To paraphrase him yesterday saying "We are just tackling discrimination. We do not tackle same-sex marriage. Let the congressmen who object to same-sex marriage argue about it when it comes. As of now, it has not yet happen".

There is another technical working group meeting happening on January 19, 2010. The Committee is not seeing a strong opposition towards the bill so it is very much inclined to pass it together with other bills on January 26, 2010. We in the opposition, encourage your groups (and please encourage other possible opposing groups as well) to please submit your position papers thru email to Hon. Lorenzo "Erin" Tañada III - erin_tanada@ yahoo.com or to his secretariat fely_parcon@ yahoo.com and confirm it by calling the office of the Committee on Human Rights 931-6478 or 932-4803.

Let us voice out our concerns about this bill. In formulating your position paper, please reflect on the following questions:

1. What are the statistics of discrimination based on sexual orientation and gender identity in our country? Are we not instead growing a social norm of accepting homosexual behavior?

2. What human rights instruments are we adhering to that speaks about discrimination based on sexual orientation and gender identity?

3. Does discrimination happen because of the person per se or of the behavior manifested by that person or by a collective knowledge of homosexual behavior?

4. Do we pass a bill that will go beyond protecting homosexuals into justifying homosexual behavior by including the terms sexual orientation and gender identity in our legal terms?

5. Do we not fear the indiscriminate filing of discriminatory cases just because of suspicion or lack of judgment of people involved?

6. What is currently happening to other countries where the anti-discrimination laws have been placed? Are there abuses committed by homosexual persons because of these enacted laws?


I personally is very much alarmed at the trend that this bill is moving. The Chairperson is biased. The author, Hon. Risa Hontiveros-Baraquel (who is part of the senatorial line-up of presidentiable NoyNoy Aquino III) is part of the committee and is very influential to other congresspersons.

They are determined to pass this bill. If we will not move, this bill will be passed and we will suffer the consequences since this bill primarily protects persons who embrace the homosexual lifestyle and advances the homosexual agenda of the gay community in the Philippines.

I am sad at what is happening to our country, what kind of values our congresspersons are now having. I invite you to please voice out your opposition to this bill - and invite other opposing groups as well (it can be as simple as a one-page position paper). It is not yet too late, but it will be if we do not move.

Let this be an act of standing as spiritual warriors for the truth of what our faith in Jesus Christ teaches us about homosexuality and homosexual behavior.

Have a Blessed Christmas!

+ Rollie
Posted by Courage Philippines at 1:20 AM