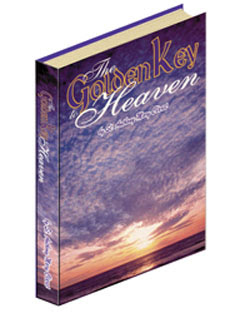 This coming Holy Week, I'm gonna be posting a series of Lenten meditations everyday that I picked from the book The Golden Key to Heaven. These reflections are the writings of Saint Anthony Mary Claret based on the Spiritual Exercises of St. Ignatius de Loyola.

St. Anthony Mary Claret has been considered the greatest writer in the Spanish language of the 19th century and was also considered the most influential man in Spain for, among other reasons, being confessor to the Queen of Spain. He preached an estimated 25,000 sermons, wrote 144 books, founded three religious orders, and while Archbishop of Santiago, Cuba, confirmed over 300,000 souls and validated more than 9000 marriages. In his lifetime, he worked numerous miracles. He had the gift of prophecy and the discernment of hearts.

I chose the following topics for this Lenten season:

It is obvious that the main theme is about love or charity. In these meditations, St. Anthony Mary Claret tells us how and why we should observe the two greatest commandments in the Scripture - namely that of love of God and love of neighbor. He attempts to explain in great detail the reasons why we are bound to practice charity not just towards our friends, but also towards our enemies as exemplified by Christ dying on the Cross.

Have a blessed and meaningful observance of Lent.

See you at Easter!
Posted by Courage Philippines at 1:52 PM