No. 23's Journey with Courage 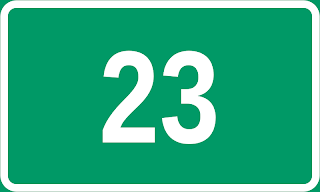 This is No. 23's Journey with Courage. He is one of the newer members around and quite a bit the silent type. Well, as they say, silent waters run deep.


Whenever I let go of my will to fight, I always end up defeated. Each fall made me weaker and a greater drift toward homosexuality would follow. My case was hopeless, I thought, until divine intervention showed me how to deal with my own complexities. God revealed a ray of light and directed to me the way to get out of the limbo I was in – a journey with Courage.

It had been two months, a very little portion of the seemingly lifetime walk-fall-crawl-stand cycle yet unbelievably important to be discounted. For me, this short while was already a big leap. Not that I was accelerated but because I had my first step of the walk. I decided to lift a foot to begin the journey which in no way a mere time killing wander. The difference now appears much motivating unlike my thoughts before of traveling without any purpose and doing it alone. God incessantly calls me to have my exodus and His grace strengthens me. I can feel the immense love and the generous forgiveness of God during the sharing meetings and Sacrament Sundays. Jesus had never been judgmental as it was reflected upon the faces of my fellow Courage members.

The journey was never easy though. My first step did not of course grant me an instant triumph over myself and the enemies roaming around. Actually, it became increasingly difficult. Unlike from my previous falls, however, I learnt from my mistakes and this lead me away from the limbo instead of getting stuck inside it. The defeats were not something I can crow about neither the few successes I had. Doing so would be my gateway to another fall, but these could be my stepping stone to decide for a stride and eventually move on. In the process, I had to be humble and humility pushed me to rely on God, my courage.

My journey with Courage had not yet assured me of a tighter and a more permanent grip to fight. It might not even happen. I am still hopeful, on the other hand, that in the end God’s light will prevail and the road I would have to walk through will lead me to Him.
Posted by Courage Philippines at 1:14 AM